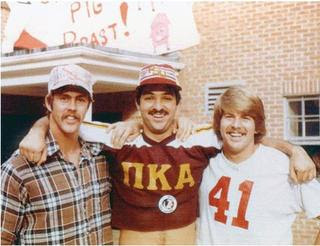 Check out Thomas Francis’ piece in The Juice: It used to be the best gravy train on the tracks: If you were a frat brother of Charlie Crist at Florida State, you could practically name your job.

Harry Sargeant landed a prestigious gig as the finance chairman of the Republican Party of Florida. Crist appointed another “Pike,” Mike Fernandez, to the North Broward Hospital District, which he soon chaired. Tom Wheeler followed Crist from the Department of Education to the Attorney General’s Office and was helped to his current position as undersheriff of Broward County. Yet another frat brother, Jay Hurley, was appointed by Crist to a high-profile county judgeship.

But as Crist falls, so do his brothers…Read the rest of this article here.

Pointing to “impossible” timeframes, an industry group has filed a legal challenge to new requirements by

Amid continuing fallout from the deaths of residents of a