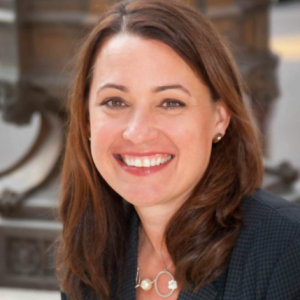 Donations to political action committees that use money to influence local elections would be capped under a proposal from St. Petersburg council member Darden Rice.

The proposal, as Rice envisions it, would do two things: Cap donations made by corporations and other wealthy contributors to Super PACs and require corporations that donate to the super PACs to certify that they are not foreign companies. The ordinance would apply only to St. Petersburg city elections.

The goal, she said, is “to protect St. Petersburg from the effect of big money in local elections.”

Rice added, “It’s a bold plan. It’s courageous. … I am convinced it’s the right thing to do.”

The proposal is scheduled to come before the St. Petersburg council at its July 21 meeting. If the board agrees, it would be referred to a committee for discussion. If the committee decides, it will come back to the council for a vote.

The proposal is aimed at so-called “Super PACS,” political action committees that are allowed to raise an unlimited amount of money from corporations, unions, individuals and associations to influence the outcome of elections. They arose after the 2010 U.S. Supreme Court case in Citizens United v. the Federal Election Commission, which ruled that limits on corporate and union spending to influence elections were unconstitutional.

Super PACs have come under fire in recent years for the amount of money they throw into elections. Rice said a recent example of the amount of money being spent to influence local issues comes out of Austin, Texas, where Uber and Lyft joined to donate $10 million to a Super PAC. They wanted to defeat a proposal to have their drivers meet some of the same requirements as taxi drivers.

And there are examples closer to home, she said.

It’s unclear whether Rice’s initiative will get traction with the St. Petersburg council. Rice has already suggested placing a cap of $500 on donations to city candidates. The state-imposed cap is $1,000. But, she said, the idea went nowhere.

She agreed that a direct cap on contributions, while simple and clear, may not have much effect. Gainesville enacted such a cap, she said, but donors got around it by forming and contributing to Super PACs. The Super PAC money was then used to boost candidates with advertising and other campaign strategies.

“They just went around [the cap] by donating to a PAC,” she said.

Rice agreed that, so far, St. Petersburg elections have not been affected by Super PAC spending. Even so, she said, it’s important to get an ordinance on the books ahead of time.

“The threat is there,” Rice said.