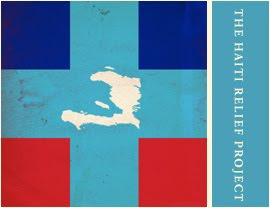 Dave Matthews Band, in an initiative to assist in providing long-term support to the people of the earthquake-ravaged nation of Haiti, has established the Bama Works Haiti Relief Fund. A 5-song EP entitled The Haiti Relief Project as well as a new, limited edition T-shirt featuring album cover art will be available tomorrow with proceeds benefiting the relief fund.

The collection kicks off with “Butterfly,” a solemn, yet uplifting version written for the film Because of Winn Dixie and performed solo by Dave. It’s followed by a 2004 version of “Cry Freedom” featuring a powerful performance from LeRoi Moore. Three rousing songs captured on the band’s 2009 summer tour – “Out Of My Hands,” “Lying In The Hands Of God” and “Dive In” are also included.

Tens of thousands of Haitian refugees living in Florida received another six months to stay, news that

The U.S. Coast Guard on Monday warned boaters to start preparing for Hurricane Matthew, and Gov.

Ahead of a “potentially catastrophic” impact from Hurricane Irma, AT&T

Tens of thousands of Haitian refugees living in Florida received another