Ed Hooper, the former Republican State Representative and Clearwater City Commissioner, will be featured at a high-profile fundraiser Wednesday in his bid for Florida Senate.

Hooper is seeking to succeed term-limited Jack Latvala in Senate District 16, which covers much of north Pinellas County.

A former firefighter who served four terms in the House before being term-limited, Hooper lost a combative race in 2014 for the Pinellas County Commission to Democrat Pat Gerard, and has since maintained a public profile in local GOP circles.

Just over a year ago, Hooper filed for the District 16 seat, when redistricting resulted in an opening after Pasco County’s former state Sen. John Legg choosing not to run against Latvala, who is a popular figure in Pinellas County politics.

During his time in Tallahassee, FloridaPolitics.com reported Hooper received several “A” ratings from the Florida Chamber of Commerce Honor Roll, Florida Education Association, and the Florida Home Builders Association. 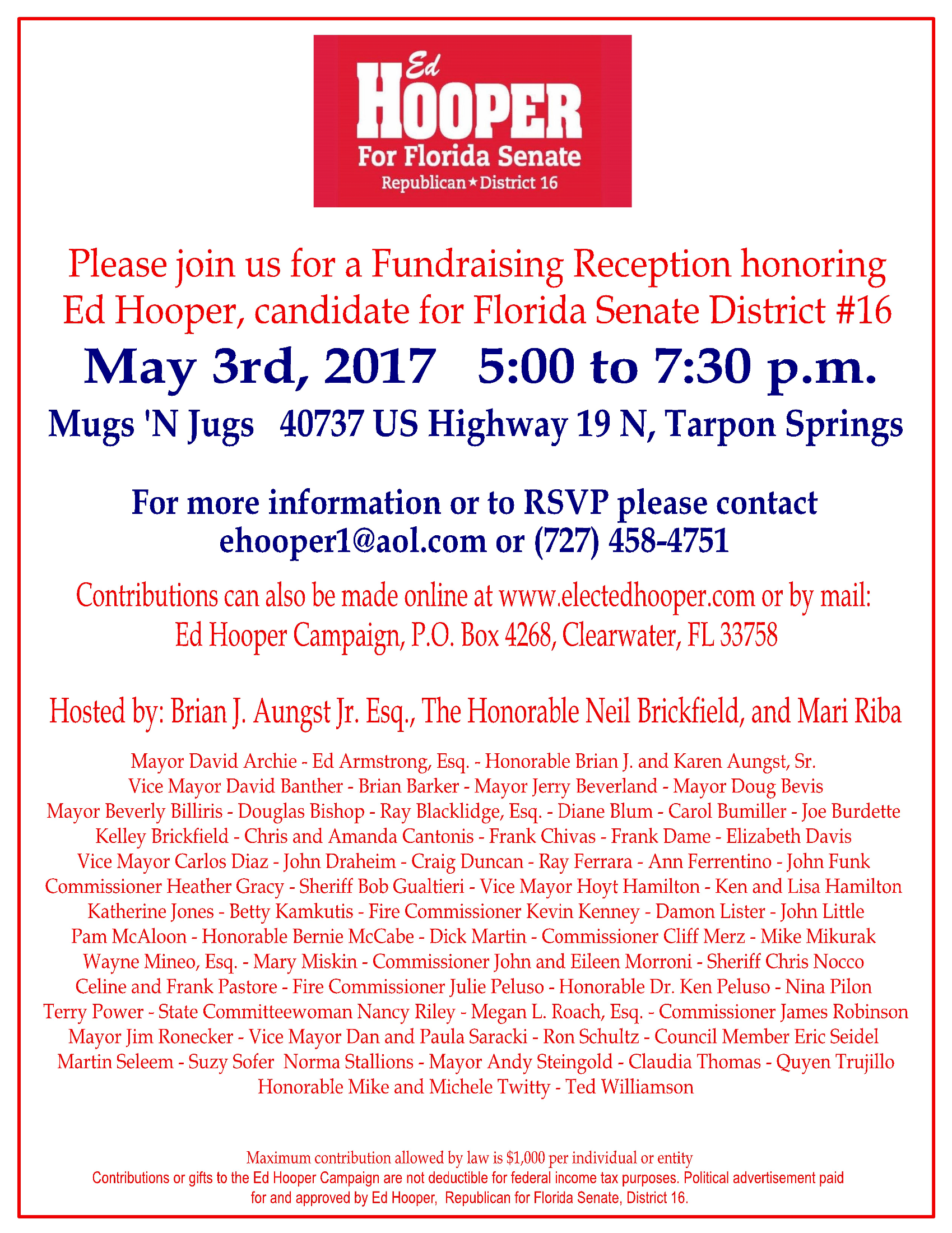 Phil Ammann is a St. Petersburg-based journalist and blogger. With more than three decades of writing, editing and management experience, Phil produced material for both print and online, in addition to founding HRNewsDaily.com. His broad range includes covering news, local government and culture reviews for Patch.com, technical articles and profiles for BetterRVing Magazine and advice columns for a metaphysical website, among others. Phil has served as a contributor and production manager for SaintPetersBlog since 2013. He lives in St. Pete with his wife, visual artist Margaret Juul and can be reached at [email protected] and on Twitter @PhilAmmann.