Senate Appropriations Chair Jack Latvala will hold the first fundraiser of his gubernatorial campaign on Sept. 7 in Clearwater.

The Pinellas County Republican, who is finishing up his second stint in the Florida Senate, officially announced his entry into the race on Aug. 16.

He and Ag Commissioner Adam Putnam, who filed in May, are currently the only major GOP candidates in the race, however, the pair could be joined in the primary by one or both of House Speaker Richard Corcoran and U.S. Rep. Ron DeSantis.

Check out the invitation below: 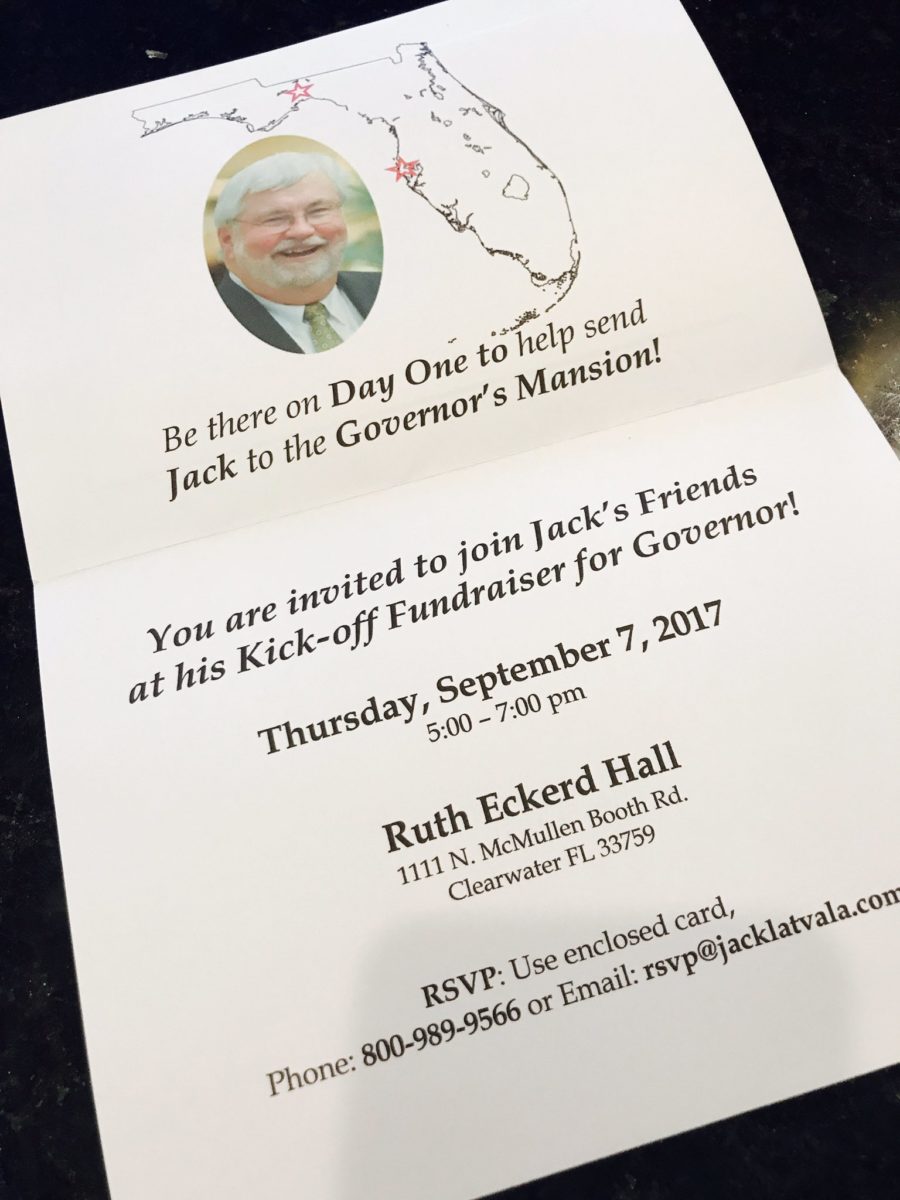 Drew Wilson covers legislative campaigns and fundraising for SaintPetersBlog and FloridaPolitics.com. While at the University of Florida, Wilson was an editor at The Independent Florida Alligator and after graduation, he moved to Los Angeles to cover business deals for The Hollywood Reporter. Before joining Extensive Enterprises, Wilson covered the state economy and Legislature for LobbyTools.