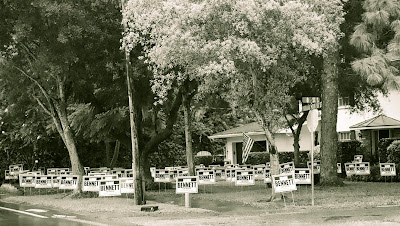 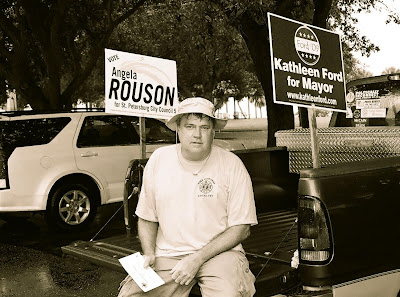 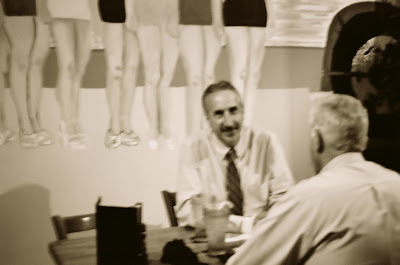 Rick Baker enjoys lunch at Diner 437. An adviser to Baker said the Mayor held back his endorsement of Bill Foster once Baker learned Foster was comfortably ahead in the polls. 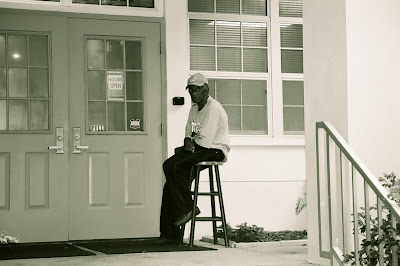 With more than half of the electorate voting by mail and turnout low, poll workers, such as this man in Bay Vista, found themselves with little to do. 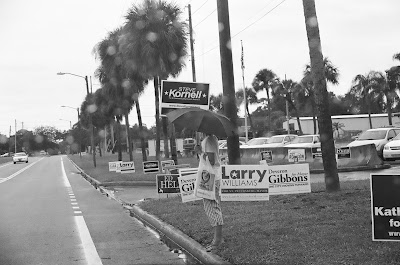 Non-stop rain was blamed for the low turnout. Less than a quarter of the city’s registered voters participated in an election that saw 10 candidates run for Mayor. 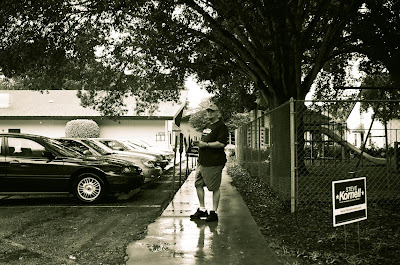 Neither rain, nor sleet, nor low turnout kept City Council Candidate Steve Kornell’s supporters from working for their candidate. 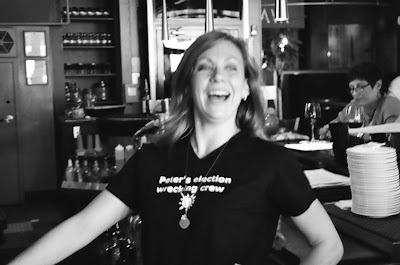 Bartender Carolyn Nizny put on a “Peter’s election Wrecking Crew” t-shirt in anticipation of a night of politics and dirty martinis.

Karl Nurse is greeted by about a dozen supporters at his victory party at Bella Brava. Nurse won his election with more than 60% of the vote. 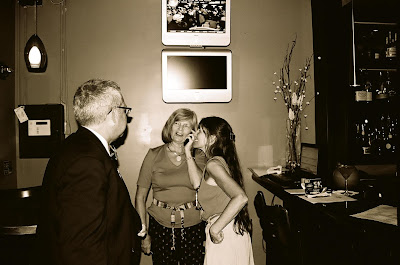 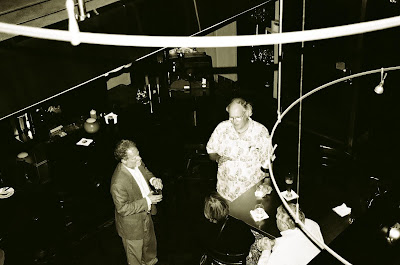 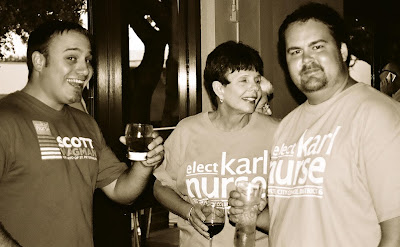 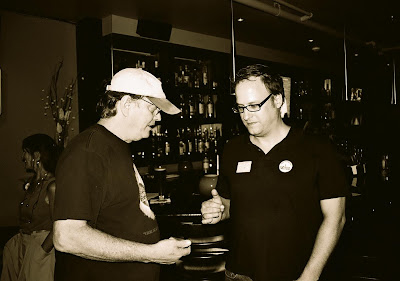 Kai Warren, brother of Mayoral Candidate John Warren, and Lance Eppley of Mity Mo, discuss what must have been a difficult day for both men. 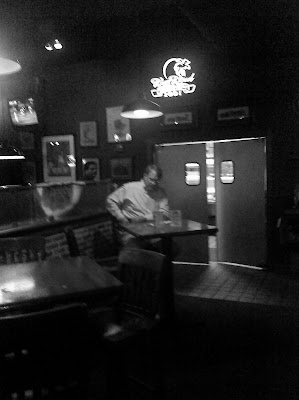 Bill Foster takes a moment to himself at his victory party. 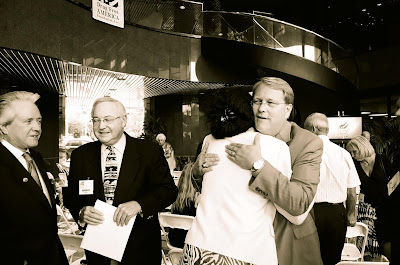 See you in November: Angela Rouson embraces Bill Foster at a meeting of Drug Free America. 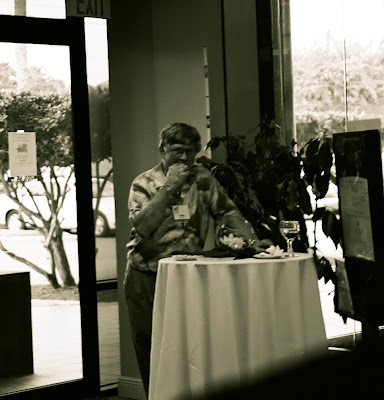 Carl Kuttler seems to be enjoying his retirement. Hey Carl! The ocean called, they’re running out of shrimp.