Every presidential race has its big moments. This one, more than most.

A look back at some of the historic, amusing and cringe-inducing events of Campaign 2016.

There are plenty more where these came from. Play along at home and think about what you would add to the list.

Donald Trump‘s long ride down the escalator at Trump Tower to announce his presidential bid in June 2015 wasn’t huge news at the time. It only merited a page 16 story in his hometown newspaper, The New York Times. But his 45-minute speech laid out a road map for the next 500 days. It had denunciations of rapists from Mexico, the promise to build a border wall, complaints that the United States doesn’t win anymore, assertions that the U.S. should have taken Iraq’s oil before the Islamic State group got it, criticism of President Barack Obama‘s health law, pledges to get lost jobs back from China and elsewhere, rants against “stupid” trade deals and many more themes Trump has hammered on ever since.

Trump jolted the first Republican debate in August 2015 when he was the sole candidate among 10 men on the stage to raise his hand to signal he wouldn’t pledge to support the eventual GOP nominee. The best he could offer: “I can totally make the pledge if I’m the nominee.” (The GOP field was so crowded then that seven more Republican candidates were relegated to an undercard debate.) This was the same debate where Trump mixed it up with Fox News’ Megyn Kelly over his history of intemperate comments about women, foreshadowing a running campaign theme. Trump answered Kelly’s question about whether he was part of the “war on women” with a riff against political correctness. 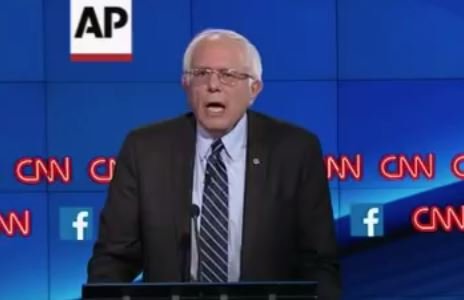 Hillary Clinton got a gift from Bernie Sanders in the first Democratic debate in October 2015 when he seconded her dismay at all the focus on her use of a private email setup as secretary of state. “The American people are sick and tired of hearing about your damn emails,” Sanders said. That took some air out of the controversy but it never fully went away. Then in June, FBI Director James Comey announced he would not recommend charges against Clinton over the email issue, but said she and her aides had been “extremely careless” in handling classified information. The issue took on new life when the FBI announced just 11 days before the election that it was investigating whether there is classified information in newly discovered emails. Trump called it “bigger than Watergate.”

A Republican debate this past March strayed into cringe-inducing territory when Trump brought up GOP rival Marco Rubio‘s mocking reference to his “small hands” and then volunteered some reassurance about the size of his genitals. Trump told his debate audience and millions of TV viewers, “He referred to my hands, if they’re small, something else must be small. I guarantee you, There’s no problem, I guarantee.” The arbiters of good taste had a problem with that. 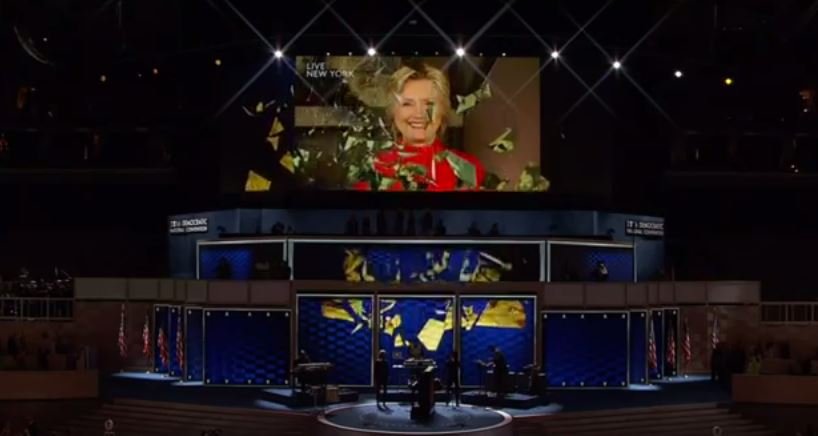 She wore white, the color of suffragettes. Clinton stood before voters at the Democrats’ Philadelphia convention in July and at last claimed the presidential nomination of a major party for women. “I’m so happy this day has come,” she told cheering supporters. “Happy for grandmothers and little girls and everyone in between. Happy for boys and men, too. Because when any barrier falls in America, for anyone, it clears the way for everyone.” Clinton had finally shattered that “glass ceiling” she cracked in the 2008 campaign. 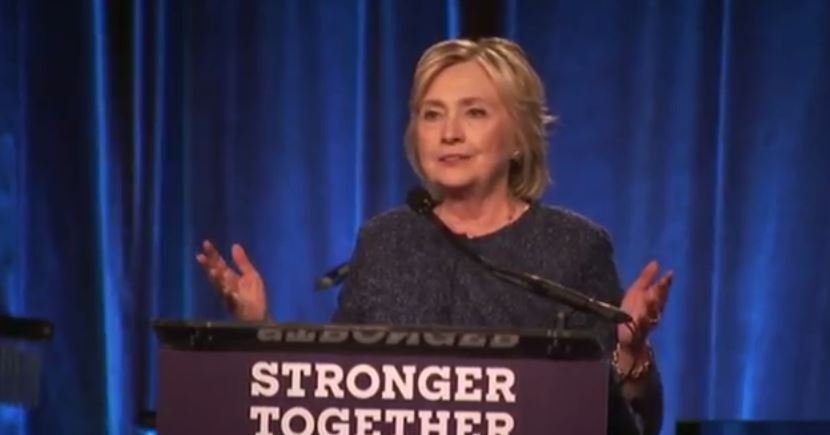 Clinton drew laughter when she told supporters at a private fundraiser in September that half of Trump supporters could be lumped into a “basket of deplorables” — denouncing them as “racist, sexist, homophobic, xenophobic, Islamophobic, you name it.” No one was laughing when her remarks became public. Clinton did a partial rollback, saying she’d been “grossly generalistic” and regretted saying the label fit “half” Trump’s supporters. But she didn’t back down from the general sentiment, saying, “He has built his campaign largely on prejudice and paranoia and given a national platform to hateful views and voices.” Soon enough, Trump had the video running in his campaign ads, and his supporters were wearing the “deplorable” label as a badge of honor.

There are always stumbles in a presidential campaign. Clinton took a real one in September when she became overheated while attending a 9/11 memorial service in New York. It turned out she was suffering from pneumonia, a condition she’d hidden from the public and most of her aides. That gave Trump an opening to press his case that Clinton lacks the “stamina” to be president. But she had a sharp rejoinder in the fall debate with Trump, saying: “As soon as he travels to 112 countries and negotiates a peace deal, a cease-fire, a release of dissidents, an opening of new opportunities in nations around the world or even spends 11 hours testifying in front of a congressional committee, he can talk to me about stamina.”

‘YOU CAN DO ANYTHING’

Trump’s living-large persona is part of his appeal for many people. But the leaked release in October of a 2005 video in which Trump boasted about groping women’s genitals and kissing them without permission threw his campaign into crisis. Politicians in both parties denounced Trump and some said he should drop out of the race. Trump apologized, but wrote off his videotaped comments as mere “locker-room banter.” He denied engaging in the kind of predatory activity he’d laughed about. But a string of women came forward to say he’d made unwanted sexual advances toward them. 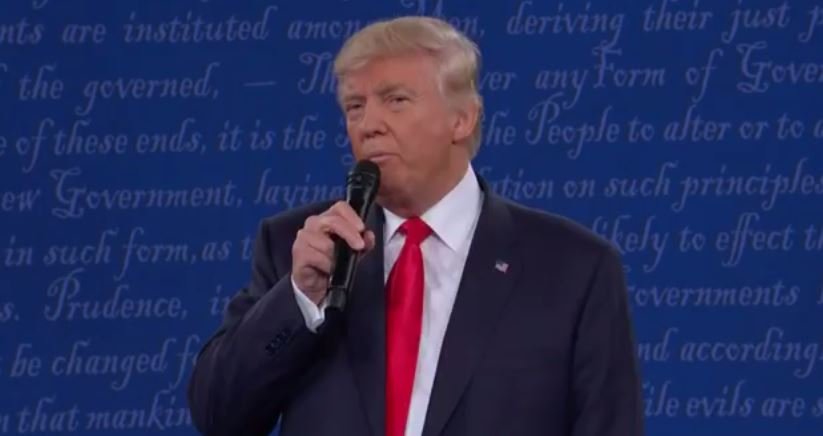 Trump toyed throughout the campaign with bringing up allegations about Bill Clinton‘s past sexual misconduct. Trump went there in a big way in October at the second presidential debate, seating three of the former president’s accusers in the front row for the faceoff. “Bill Clinton was abusive to women,” Trump said. “Hillary Clinton attacked those same women and attacked them viciously.”

HE WOULDN’T GO THERE 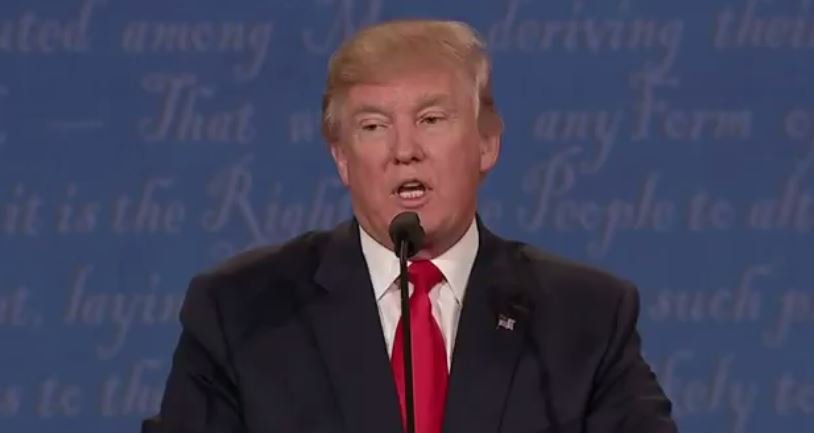 As Trump’s standing in the polls faltered, he cranked up his claims that the election was being rigged against him. Asked in the final presidential debate if he would accept the results of the election, Trump refused to go there. Pressed on the matter by the debate moderator, Trump said: “I will tell you at the time. I’ll keep you in suspense.” It was a startling statement that raised uncertainty about the peaceful transfer of power after the election. Even the Republican National Committee disavowed Trump’s statement.