Menu
Earlier this year, the Times was recognized by Editor and Publisher as one of ten newspapers that “do it right.” Below are screenshots from the nine other newspapers that also made that list. None of them, or any of the other “ten best newspapers in America,” publish the mugshots of those, mostly poor, who have been incarcerated, yet not yet found guilty. Why is the Times the only highly-respected newspaper that traffics in mugshot journalism? 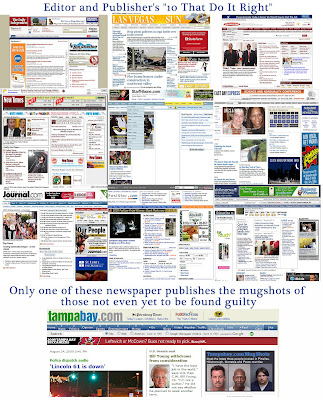 Jeff Vinik, the owner of the Tampa Bay Lightning who is investing billions of dollars to

The attorney-daughter of Times Publishing Company chairman and CEO Paul

Jeff Vinik, the owner of the Tampa Bay Lightning who