Menu
According to a new Gallup survey of each states’ residents’ stated political affiliations, Florida is among 10 states considered to be Democratic leaning, in which the state’s Democratic supporters outnumber Republican supporters by at least 5 percentage points but less than 10 points. 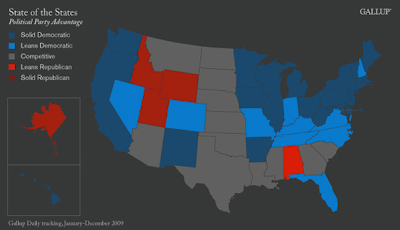 If Florida is “Democratic leaning,” I’d hate to know what GOP dominated looks like.

Drawing on state data on what jobs are out there and what they pay, and what

Drawing on state data on what jobs are out there