Over the weekend, Representative Halsey Beshears earned a barrage of negative tweets after responding to a constituent’s critical tweet with a “#haters” hashtag.

Wakulla resident and Democratic Women’s Club member Diane Wilson received the following email notification that indicated Beshears had sent her a follow up tweet with an apparent apology: 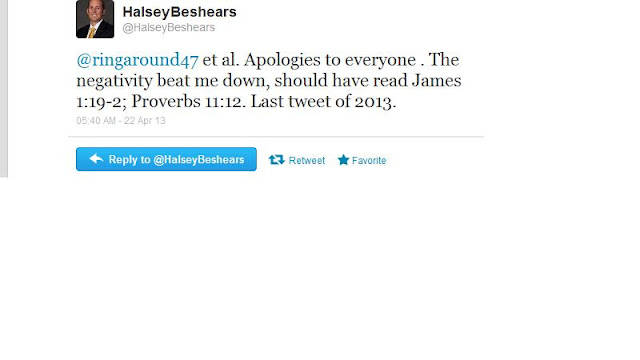 Ironically, several constituents, including Diane Wilson, also thanked Beshears via Twitter this weekend for his “no” vote on the HB 867, known to opponents as the Parent Trigger Bill.