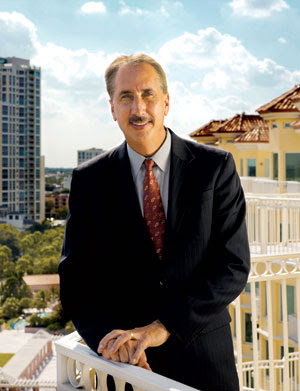 One of the topics most discussed at last week’s fundraiser for Charlie Crist was the rumor that St. Petersburg Mayor Rick Baker’s is reconsidering a run for statewide office after having previously ruled one out.

According to several Republican fundraisers who have spoken recently with Baker regarding his future say that Baker believes his chances of landing the presidency of St. Petersburg College have diminished significantly now that Baker’s supposed ally Deveron Gibbons needlessly recused himself from the decision as to who will replace current prez Carl Kuttler. Gibbons’ recusal was effectively a ‘No” vote for Baker, whose application will also be opposed by trustee Ken Burke.

With the prospect of leading St. Petersburg College less likely, Baker has begun to reconsider a run for statewide office. According to one source, Baker’s wife Joyce, previously opposed to a statewide run, has signed off on Baker exploring a run.

And really there is only one realistic option: Attorney General.

Few of the activists, donors and operatives at Crist’s fundraiser last week are excited by Jeff Kottkamp’s campaign for AG, a sentiment echoed throughout much of the Florida GOP. Because of the controversy over his use of state airplanes to travel, Kottkamp is as vulnerable as any candidate. Baker, on the other hand, is squeaky clean, a successful mayor and has the support of many prominent Republicans, including Jeb Bush.

A man as intellectually curious — and as ambitious — as Baker is just not going to enjoy life outside of elected office. And although he would be welcomed at any white-shoe law firm, Baker doesn’t have an office to fall back on. In other words, come January, Rick Baker is going to be very unemployed.

I spoke with Baker a few months ago about the idea of him running for statewide office and he gave about as good an answer as you’ll hear. In his words, “You don’t run for something just to run, you run to do something.”

It’s time to do something, Mr. Mayor.