Gov. Rick Scott sent a letter to hospitals Friday advising them to begin working with his newly created hospital commission to prepare a trio of ways the industry can share $3.7 billion in profits so other hospitals can withstand the impending loss of federal Low Income Pool funding.

Scott has asked the hospitals to send the scenarios to the state by May 22 for consideration at a May 26  meeting of his newly established healthcare/hospital commission.

The letter comes after the governor’s fruitless meeting with Department of Health and Human Services Secretary Sylvia Burwell, where he attempted to persuade the federal government to continue the Low Income Pool finding.

Scott said he now believes it’s “more important than ever to build a LIP-free budget.” That would mean the loss of $2.2 billion in federal funding to Florida hospitals and other providers.

“Your assistance in suggesting fair profit sharing to replace federal LIP funds at those institutions that rely on them most, like Shands Jacksonville, will be critical to keeping them up and running,” Scott wrote in his letter. “This would be similar to how large market baseball teams share revenues with small market baseball teams. With the hospital industry’s record-high profits, it does not make sense for the hospital industry to ask state taxpayers to backfill funding the Obama Administration has elected to terminate.” 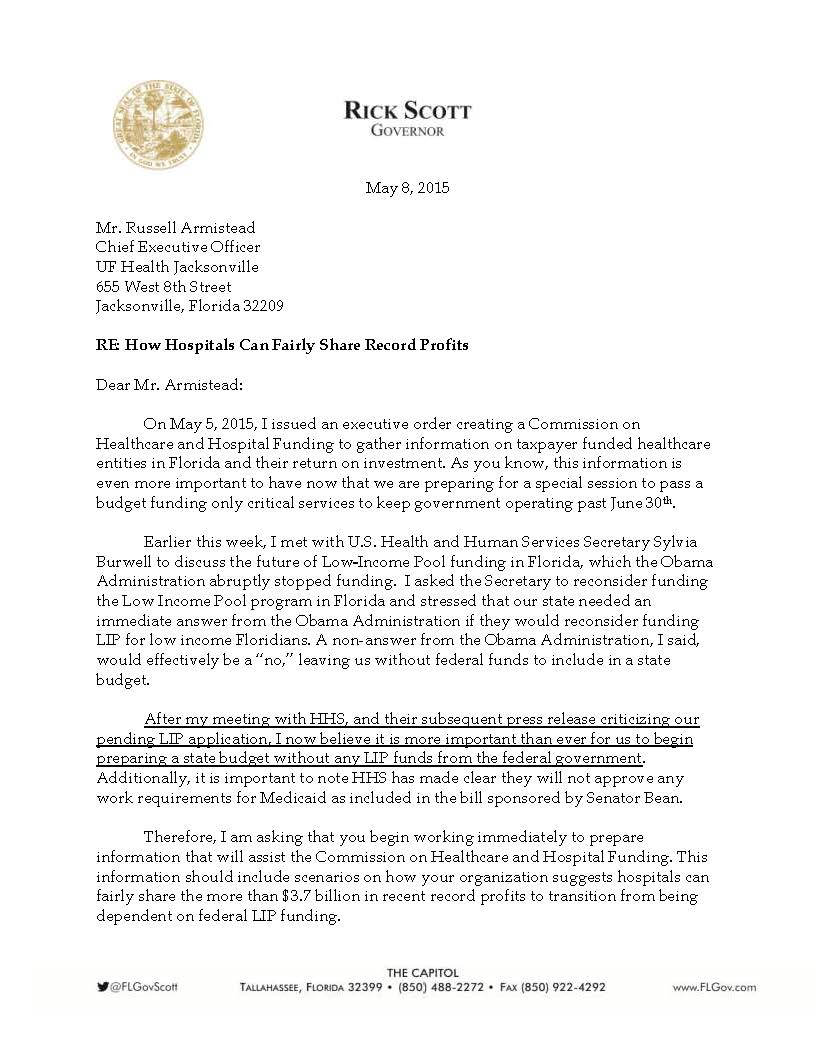 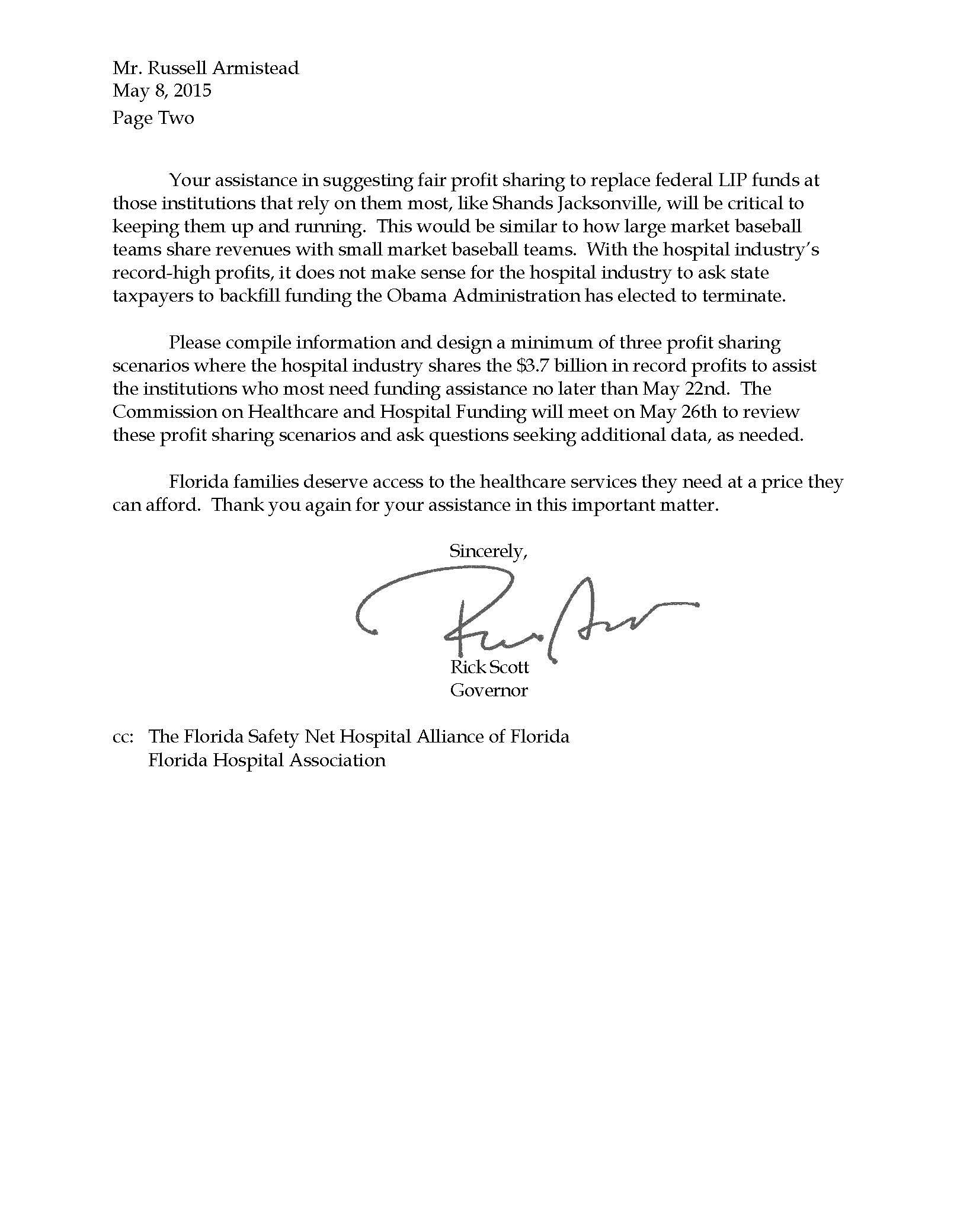