Jim King, the gregarious former president of the Florida Senate, has succumbed to his battle with pancreatic cancer. Obituaries, coverage here:

Governor Charlie Crist releases statement: “You couldn’t help but love Jim King. He lived every day with such enthusiasm and joy. Our hearts go out to his wife Linda and his daughters Monta and Laurie.

Mayor John Peyton on death of Senator Jim King: “Jim leaves a great legacy of service – including his significant efforts to promote biomedical research to find cures for the horrible diseases that bring suffering to so many Floridians. We mourn the loss of this great Floridian.”

Mike C. sent me this image after he read my headline: 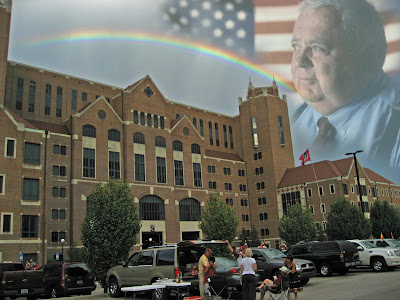