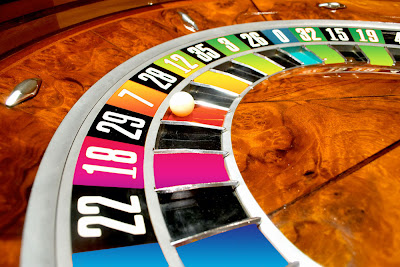 From reading the St. Petersburg Times‘ coverage of the municipal elections, one could be forgiven for thinking there is not a single white, straight voter in the entire city of St. Petersburg. Voters are either black or gay or they just don’t seem to matter, especially if they don’t have an opinion on where to build a new stadium.

Since the primary, story after story has been written about Bill Foster and Kathleen Ford’s efforts to court the African-American vote. Within the last ten days, there have been a string of articles written about each campaign’s outreach to a voting bloc that, remember, makes up less than one-fifth of the vote.

One day, it’s Goliath Davis this, the next it is Deveron Gibbons that. Then it’s about who is being endorsed by Mike Atwater, whose greasy spoon pumps out some of the worst slop this side of an oil spill. It’s about Bill Foster courting the black leadership, only to see them turn their back on him because he wouldn’t take a picture with the same black cops much of the rest of the city blames for the rise in crime — a dangerous increase which has scared voters enough to support the two candidates most likely to clean out the Augean Stables otherwise known as the Police Department.

Because he would not pose for a picture with Mike Atwater, Goliath Davis and several other prominent African-American leaders, Foster is now in danger of losing their support. “In terms of helping him with his campaign, I don’t know where we are,” said Deveron Gibbons.

Wait, isn’t this the same Deveron Gibbons who pummeled Foster with vicious attacks during the last days of the primary? Of course it is! Listen, Gibbons is already counting down the days to 2013 when he can run again for Mayor. The only scenario under which this is feasible is if Kathleen Ford is in office, so to Bill Foster, all I can say is: Beware of Gibbons bearing gifts.

Wait again, I fell for the trick. I’ve written an entire post about what Deveron Gibbons and Goliath Davis and Mike Atwater think, instead of writing about what the voters in Jungle Terrace, Riviera Bay and Snell Isle think.

I hate to sound like Michael Douglas in Falling Down, but why aren’t the two candidates for Mayor paying attention to the other 75% of the vote that is neither black or gay?

That’s right, I’ve lumped the gay community right in with the black community, so I probably won’t be able to go to Queenshead Eurobar anytime soon. But gay is the new black, at least in terms of aggrieved minority status. This past nine months has been either about Goliath Davis’ crew or Nadine Smith and the rest of the family.

Here’s where I preface what could be construed as offensive comments by detailing how some of my best friends are either black or gay (or both) and how this gives me carte blanche to use terms like “spota” or “creamers.” Well, this post is already enough of a rant, so there’s no sense in apologizing now. I’m down with the brothers better than 99% of white dudes, but any effort to prove this is already racially spiked. As for my bona fides with the gay community, didn’t I already mention that I eat at Queenshead?

Seriously, I think what aggravates me — and by me, I very much mean the other 75% of the city which is neither black or gay — is that the black and gay communities are interested first in how a candidate’s election will benefit that individual community, rather than the city as a whole.

Not for one second has the thought crossed my mind that if Kathleen Ford is elected, it’s going to be really good for white people or if Bill Foster wins, how it will be a historic day for straights.

But organizations like Equality Florida and the Stonewall Democrats have cast Ford’s campaign, and Steve Kornell’s campaign for City Council, as historic opportunities. Actually, the gay community seems to be relishing the fact that has now become enough of an aggrieved minority in St. Petersburg that it gets to make candidates run the gauntlet for its vote.

Gay leaders and advocates have elbowed their way into St. Petersburg’s political mainstream at an unprecedented rate in recent months. St. Pete Pride hosted its first candidate forum earlier this year. Questions about equal rights popped up at a handful of other mayoral forums. Gay groups flocked to help elect newcomer Scott Wagman in the mayoral primary, and they suggest his fourth-place finish ahead of two previously elected officials is a testament to their political strength.

Actually, it was Wagman’s decision to entirely turn over his campaign to the gay community that relegated him to fourth place!

It’s Kornell’s race in which the black-and-gay dynamic is at its strongest. Kornell, whose first major announcement after declaring he was a candidates was to declare that he was gay, is running against a prominent member of the African-American community. So a seat on the City Council which had been held for two decades by the most average of average men, Larry Williams and Jamie Bennett, will now be held by a gay man or a black woman.

It may have been close, but for St. Petersburg’s lesbian, gay, bisexual and transgender community, Tuesday’s

It may have been close, but for St. Petersburg’s lesbian,