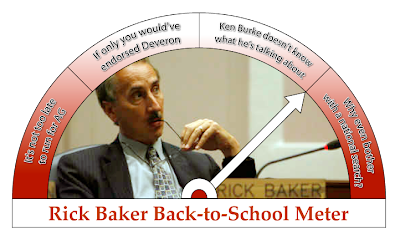 Aaron Sharockman reports that St. Petersburg College President has set Dec. 31 as his official retirement date, a search committee has been created and that a timeline to name his successor has been established:

Applications for the position are due Nov. 30. School officials said they hope to have a successor chosen by Spring 2010.

First of all, who is this Kenneth T. Welch character Sharockman refers to? Secondly, and more importantly, with a search committee and timeline in place, it looks more and more likely that soon-to-be-former St. Petersburg Mayor Rick Baker will be tapped to replace Kuttler. So, I am updating the Rick Baker Back-to-School Meter closer to “Why even bother with a national search?”

Oh, and just for shits-and-giggles, I have to re-post this picture I snuck of Carl Kuttler last month, repeating my caption: Hey Carl! The ocean called. They’re running out of shrimp. 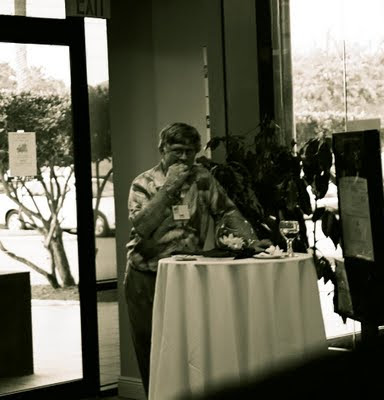