Republican candidate for governor Adam Putnam, who is sitting on $10 million in cash-on-hand from contributions, has released fundraising numbers showing what his campaign calls his “wide range of grassroots support.”

The numbers came in a Thursday email from Amanda Bevis, Putnam’s campaign spokeswoman. He’s now finishing his second term as Florida’s elected agriculture commissioner; he is term-limited in that post in 2018.

Putnam also has Florida Grown, a separate political committee that can raise funds on its own. He formally kicked off his campaign on May 10, followed by a 10-day, 2,161-mile statewide bus tour.

“The contributions to the campaign came from 2,203 supporters representing all 67 counties in Florida,” Bevis said. “More than 1,714 supporters contributed under $500,” or nearly 78 percent.

Bevis’ email says the campaign and committee combined took in $13.4 million, and have $10 million in cash-on-hand as of May 31.

“Not only is the campaign off to a strong financial start, but it has also seen impressive grassroots support in the first month since Putnam announced his run for governor,” Bevis said.

“These numbers are as of 5 p.m. on Wednesday, May 31,” Bevis added in a footnote. “Contributions are still being processed.” 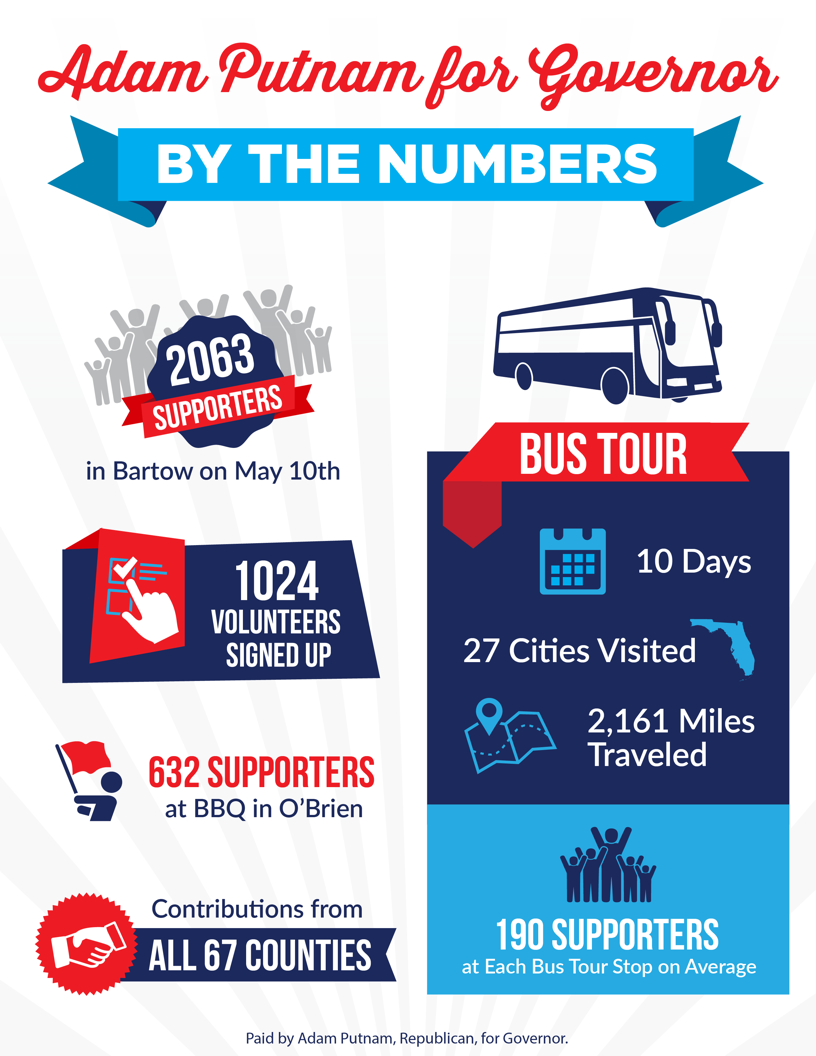 Before joining Florida Politics, journalist and attorney James Rosica was state government reporter for The Tampa Tribune. He attended journalism school in Washington, D.C., working at dailies and weekly papers in Philadelphia after graduation. Rosica joined the Tallahassee Democrat in 1997, later moving to the courts beat, where he reported on the 2000 presidential recount. In 2005, Rosica left journalism to attend law school in Philadelphia, afterwards working part time for a public-interest law firm. Returning to writing, he covered three legislative sessions in Tallahassee for The Associated Press, before joining the Tribune’s re-opened Tallahassee bureau in 2013. He can be reached at [email protected]