Rumors are circulating around City Hall, especially among the high command of the Police Department, that Kathleen Ford has made a deal with Randall Jones, failed candidate for Pinellas County Sheriff, that would make him the next Police Chief in a Ford administration.

These rumors are gaining traction as a slew of direct mail arrives in voters’ mailboxes, all of it emphasizing Jones’ endorsement of Ford. The mail is paid by the St. Petersburg Democratic Club, the controversial PAC headed by Ed and Adrien Helm. 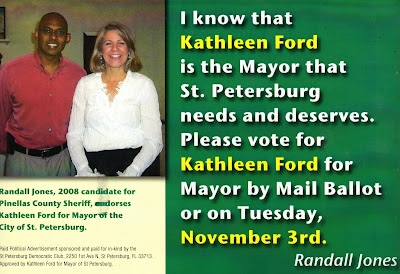 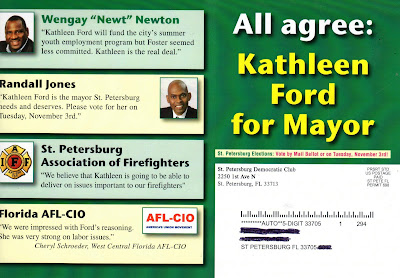 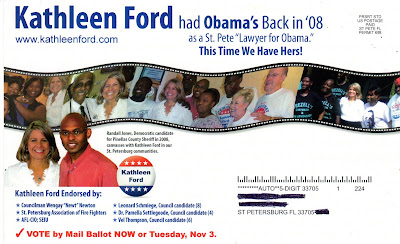 As the Treasurer of the Florida Sheriffs Association, Bob Gualtieri has become a ubiquitous presence in

As the Treasurer of the Florida Sheriffs Association, Bob Gualtieri