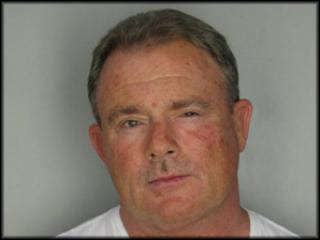 Last week, I received a letter from the law firm of Barker, Rodems and Cook, stating that they represented Brian Blair and that they have reviewed my web posting on February 1, 2010, titled The post the Blair campaign doesn’t want you to read: Fraternal Order of Police endorses Brian Blair in H-47.

Blair’s attorney writes (the full letter is published after the break):

In your article, you note that “the police are the ‘good guys’ who arrest the ‘bad guys’ who hurt children,” and then you note that Mr. Blair was “recently arrested for beating up his kids.”

Actually, what I noted was: “What I doubt is that in that same mission statement there’s anything about the Fraternal Order of Police endorsing political candidates who have been arrested for hitting their kids.” 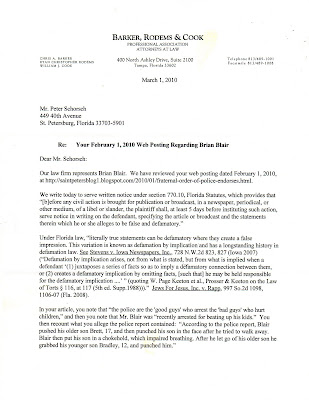 This account was universally reported as told by Fox 13 and the St. Petersburg Times, which wrote:

The teen tried to walk away, but Blair grabbed him and punched him in the face with a closed fist, leaving a red mark and swelling, the arrest report said.

Blair then put the 17-year-old in a choke hold, causing him to have trouble breathing, according to the report.

Deputies said Blair then let go of his older son and grabbed his younger son by the throat. He punched the boy, leaving a bump on his head, the arrest report said.

Clearly, your intent was to create the following syllogism: The police “arrest ‘bad guys’ who hurt children,” and Mr. Blair was arrested. Thus, Mr. Blair hurts children. This created a false impression. You also withheld information released by the State Attorneys before you published the article which directly contradicted the statements in the police report, thereby creating a false impression.

False impression? I guess we were all imagining Blair’s arrest.

Yada, yada, yada…I’m not going to waste my time with a give-and-take between Blair’s lawyers and me. All I am going to say is Brian Blair is a Douche Bag. And I’ve got three words for him and his attorneys: Times v. Sullivan, the Supreme Court case in which the Court held that the First Amendment protects the publication of all statements, even false ones, about the conduct of public officials except when statements are made with actual malice (with knowledge that they are false or in reckless disregard of their truth or falsity).

Before the February 1, 2010, post, I had only written about Blair once or twice and had never done so with even an ounce of malice.

What I do have malice for is Blair’s feeble attempt to use the court system to silence his opponents. During the last decade, he has sued or threatened to sue several of his political opponents, even Carrabas. He has almost invariably been laughed out of court.

Well, this time, he picked a fight with the wrong blogger. I am declaring political war on Brian Blair’s campaign for the Florida House of Representatives. I am launching a new blog, titled Brian Blair is a Douche.

This is but the first of many steps I intend to take to make sure the public continues to know the truth about Brian Blair. (By the way, I am looking for legal representation on this matter, so if you’re a lawyer looking for a worthy 1st Amendment case, please drop me a line.)

In the meantime, bring it on, Killer Bee. Ask Deveron Gibbons how well it worked out for him making an enemy of me during his campaign. 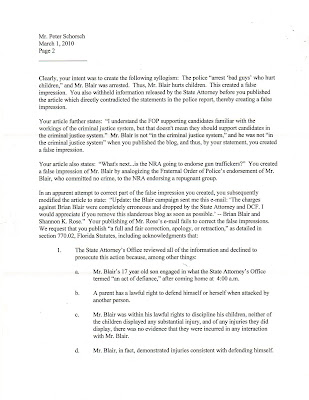 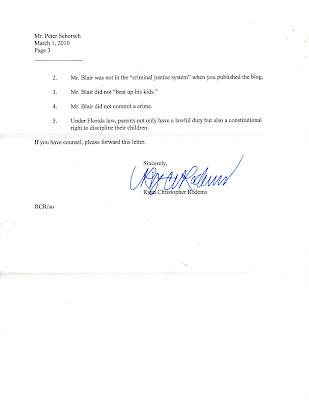 Short of hitting yourself in the head with a hammer, the surest way to get a

Mitch Perry’s story Tuesday on FloridaPolitics.com about the bill filed by state Sen. Tom Lee to

Short of hitting yourself in the head with a hammer,

Mitch Perry’s story Tuesday on FloridaPolitics.com about the bill filed