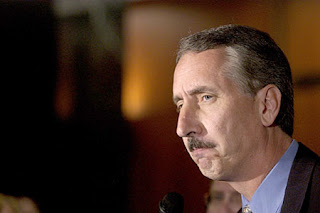 Several sources have called to tell me of an, um, “heated discussion” this past weekened at Charlie Crist’s event at Ovation between former St. Petersburg Mayor Rick Baker and St. Petersburg College Board of Trustees member Deveron Gibbons.

According to one account, Baker approached Gibbons and said something to the effect, ‘Are you happy you got your revenge?’ From there, Baker attempted to make nice with Gibbons, but the former mayoral candidate would have none of it, raising his voice to Baker, who was only inches away. According to another source close to Crist and Gibbons, the Governor was so alarmed by the confrontation that he was about to intervene, thought twice about it and then asked someone else to do it (AK Desai, from one account).

I was not at the event, so all of this information is second-hand, but I was with a friend when he spoke by phone with Gibbons about the matter.

On a side note about the Governor: Okay, he was here on Saturday for a campaign event. Then he was in Tampa Bay on Wednesday for a bill signing, which also took him to Miami. Now, he’s back in Tampa Bay on Thursday for one event. C’mon, Charlie, it’s the legislative session, you need to be in Tallahassee.