The push to vote “Yes on 1” is underway.

Mailers from Consumers for Smart Solar are hitting Floridians’ mailboxes, encouraging them to support the solar initiative. The mailers call the proposal a “straightforward plan that encourages solar.”

The amendment is backed by the state’s major electric companies, and outlines the rules for solar power in Florida. It would put existing law dealing with the rights of homeowners and businesses to own or lease solar equipment into the state Constitution.

According to the mailer, the amendment puts the “right to solar in the Constitution where politicians and special interests can’t tamper with it; protects consumers, particularly our seniors, from scam artists, long-term contract traps and rip-offs; and protects Floridians who don’t choose solar from having to subsidize those who do.”

The mailer goes on to say opposition comes from “companies that don’t want Floridians to generate their own solar” electricity.

“Amendment 1 requires these companies to comply with the same consumer protection rules as any other electric provider,” the mailer reads. “That’s why they oppose it.”

Consumers for Smart Solar, the political committee behind the amendment, has raised nearly $21.2 million since July 2015.

The committee raised no money in the last fundraising period, which spanned from Sept. 3 through Sept. 9. It spent more than $1.8 million during that time frame, including nearly $1.7 million on advertising.

Consumers for Smart Solar had $3.4 million cash on hand at the end of the last fundraising period.

The amendment is on the November ballot. It needs 60 percent of the vote to become law. 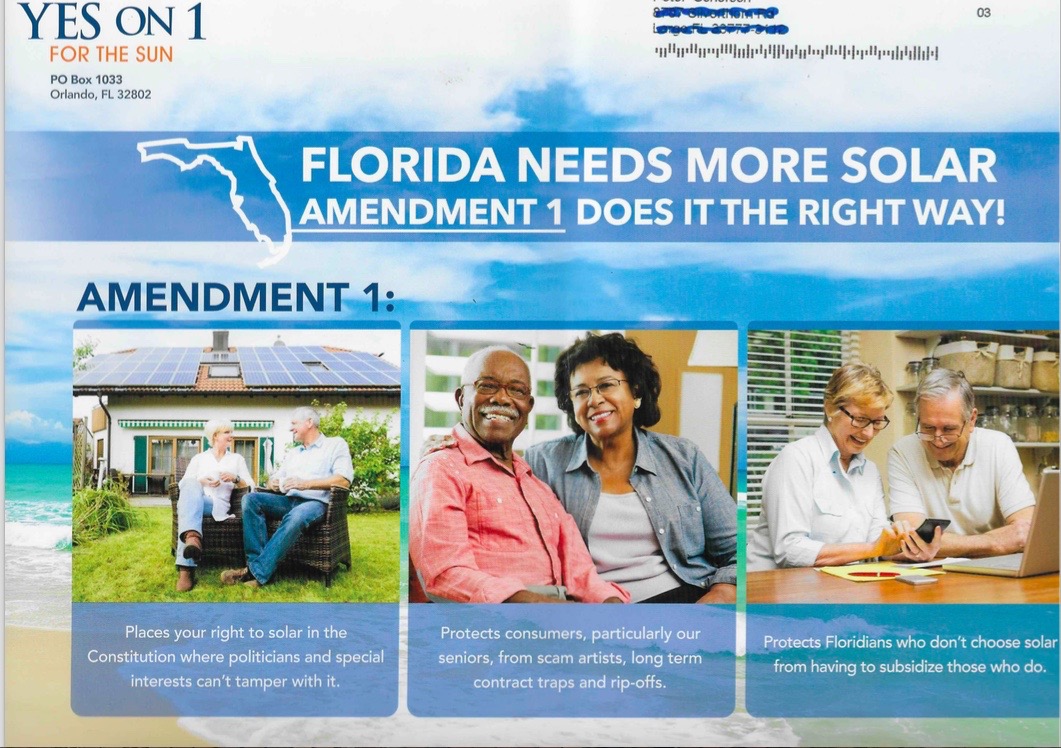 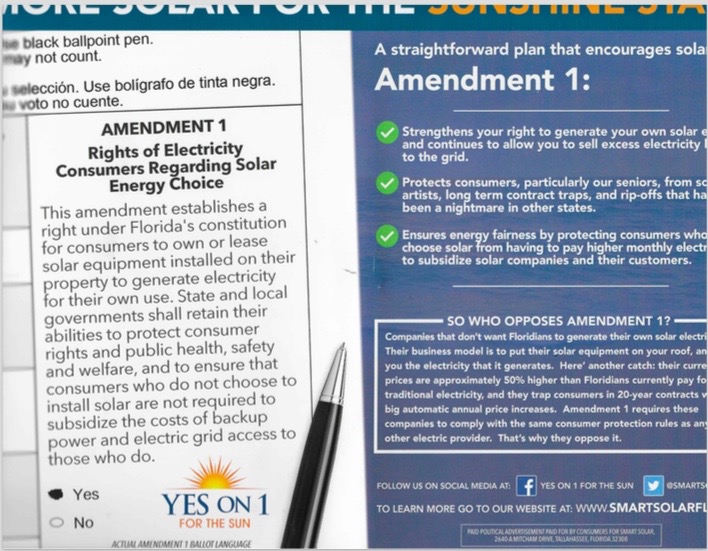 Campaigns for three City Council seats in St. Petersburg perked up again Wednesday night at the

With so much of Florida’s economy tied to tourism, Rick Scott believes it is essential the state