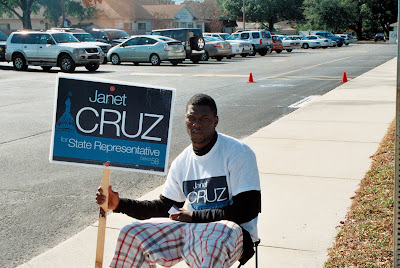 From Janet Zink: Voters will go to the polls today in a special election for the District 58 state House seat. The Democratic candidate, Janet Cruz, has the advantage, with more money than her Republican opponent, Hunter Chamberlin, and she’ seeking to represent a district where more than half the registered voters are Democrats. But the one time in decades that a Republican took the post was in a special election, so Cruz is taking nothing for granted. She’s got public defender Julianne Holt and Rep. Kathy Castor making robo-calls for her, and she sent out a mailer saying “Some Tallahassee special interest lobbyists don’t like me. That’s all right– I don’t like them much either.” Chamberlin, meanwhile, scheduled a press conference for today in front of Cruz’s South Tampa home, which lies outside District 58.
Tags: DemocratsDistrict 58House seatHunter ChamberlinJanet CruzJanet ZinkJulianne HoltKathy Castorrobo-callsspecial electionvoters