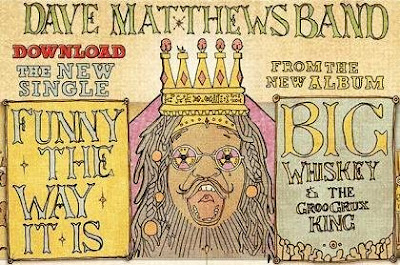 Download the new Dave Matthews Band single Funny The Way It Is from Big Whiskey and the GrooGrux King! www.rcarecords.com/dmbfreedownload

Two additional songs have also been added to the tracklist; previously unheard during the listening parties and subsequent demo albums: Seven and My Baby Blue, bringing the total number of tracks to 13, including the introductory track (Grux). Like one of the first tracks we heard of, Shake Me Like a Monkey, You and Me has had its title modified slightly as well from the last known tracklist.