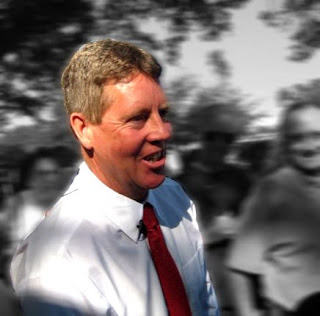 Bob Hackworth should run for State House District 45 (N. Pinellas, S. Pasco). Like the current incumbent, Bob is a former mayor of Dunedin. This is one of the most competitive open seats currently held by a Republican and we still don’t have a Dem in the race. Bob can do this!

The info section on the page reads:

The path to returning the Democratic Party to the majority in the Florida Legislature begins by winning elections in Tampa Bay, Florida’s political battleground.

In 2010, no state legislative race in Tampa Bay will be as competitive as the campaign for House District 45 — but only if the Democratic Party has a true leader with a strong record on the ballot. That’s why we are dedicated to drafting former Dunedin Mayor Bob Hackworth to run for this seat.

Help us spread the word about this critical race by encouraging Bob to run and by inviting your friends to join this page.

Bob was a very good mayor and I agree that he would make a great legislator.

Maybe it was this story about one of the current candidates for House District 45 that prompted the Facebook page.

Kathryn Starkey tried to swallow the words almost as soon as they left her mouth.

But Pasco County School Board meetings have no seven-second delay, or even a buzzer to cover over errant phrases.

So despite her best efforts to restate her views with more acceptable wording, Starkey had already collected looks of surprise from the audience and her colleagues by saying…

The year 2017 is gradually turning out to be perfect for investors. According to the Standard