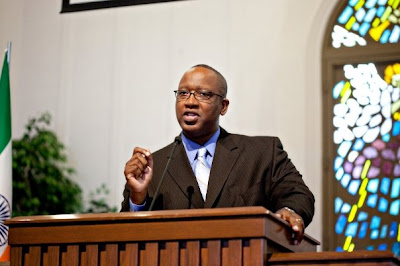 The latest poll on the St. Petersburg Mayoral race supposedly indicates that voters are undecided about their choice. Nothing could be further from the truth. I have access to a second poll, whose questions are more direct than The Times’. The crosstabs of this poll indicate that voters are not completely undecided, they are just undecided about which one of two candidates they would like to support. Bennett supporters are also Wagman supporters and vice-versa. Ford supporters are also Foster supporters and vice versa. If provided an abundance of mediocre choices, the default response will always be undecided. That’s why I don’t know what to eat when I dine at Outback, their menu is so very mediocre that nothing stands out. Benneforsterwillwaggons doesn’t look particularly appetizing to voters.

The real weak link in the polls was Deveron Gibbons. Two-thirds of respondents did not know who he was. Also, African-American participation in the poll was disproportionately higher (because of the two districts this poll focused on) and yet Gibbons still does not poll strongly.

You wanna know who does score high? Someone who would pull Democratic support, conservative support, African-American support, who would win the Times’ endorsement, as well as the endorsements of most of the elected officials still sitting on the sidelines. Ken Welch.

It’s time for Ken to get off the sidelines. We’ve tried to run the offense with other quarterbacks and it’s just sputtered. We need our star quarterback to come off the bench and save this team. This team being St. Petersburg.

Ken, you will win in a landslide, you’ll take two-thirds of the black vote from Gibbons just by smiling. Peterman, Rouson, etc., will endorse you the moment you file. The undecided Democrats, turned off by Bennett’s buffoonery and Wagman’s, well, there are just so many reasons why Democrats are turned off by Wagman, will flock to you in droves. The Times will set up a separate office just to write pieces on how you saved a) this election and b) this city.

Just to be grandiose, I will end with this long excerpt from Livy, Book 3. It is the story of Cincinnatus, the Roman who put aside his personal needs for the needs of Republic. I know you are a reader, Ken; maybe you’ll find the inspiration you need to save our city.

“For those who are disdainful of all human values except riches and who think that high position and excellence are impossible without great wealth, it is worthwhile to listen to the following story. The one hope of the people and the empire of Rome, Lucius Quinctius, cultivated a farm of four acres on the other side of the Tiber. It was directly across from the spot where the dockyard now is situated and to this day is called the Quinctian meadows. There he was found by the deputation from the senate, either bent over his spade as he dug a ditch or plowing—at any rate, as historians agree, occupied with the work of his farm.

After greetings had been exchanged, they expressed the wish that “It might turn out well for both him and his country….” and requested that he put on his toga and hear the mandate of the senate. Crying out in surprise, “Is everything all right?” He called to his wife to bring his toga from the cottage and hurry! There, after wiping off the dust and sweat, he put it on and came forward to the deputation, who hailed him dictator and summoned him into the city. When they had explained the army’s alarming situation he crossed over the Tiber in a boat provided by the state. On the other side he was greeted by his three sons, who had come out to meet him, followed by other friends and relatives, and by most of the senators. Accompanied by this gathering he was conducted to his house by the lictors. A great crowd of plebeians also collected, not at all overjoyed to see Cincinnatus’ selection; they considered the office too powerful and the man himself even more relentless and uncompromising. For that night no precautions were taken, aside from posting a watch in the city.

The next morning Cincinnatus arose and went into the Forum before daybreak, where he named Lucius Tarquitius as master of horse. This man was a patrician by birth, although he had been forced by poverty to serve in the infantry, and was considered the finest soldier in Rome. Accompanied by Tarquitius, the dictator went into the assembly of the people, where he proclaimed a suspension of all civic affairs, ordered shops to be closed throughout the city, and forbade the transaction of all private business. He then issued an order that everyone of military age should report in arms at the Campus Martius before sunset, carrying rations for five days and twelve stakes for palisades. Those too old for military duty he ordered to prepare rations for their neighbors serving in the army while these were preparing their arms and looking for stakes.

Immediately the young men ran to collect stakes, taking the first they came to, with no one stopping them, since everyone was eager to carry out the orders of the dictator. At the appointed time the line was drawn up in an order adapted for battle as well as marching, in the event that the occasion should arise; the dictator led the infantry in person, with Tarquitius at the head of the cavalry. Cincinnatus surprised the enemy at night and the Aequi soon were reduced from besiegers into besieged. Beset by a double attack, the Aequi abandoned their assistance for supplication, begging first the commander of one army, then the other, not to make their victory a slaughter. The consul ordered them to go to the dictator. Cincinnatus, wishing to humiliate them in defeat, angrily ordered that their general Gracchus Cloelius and their other officers be brought to him in chains, and the town of Corbio be evacuated. He did not want the blood of the Aequi, he said; they could go if they would confess that they were conquered and pass under the yoke. A yoke was made of three spears and under it were marched the Aequi.

In addition to the mayor’s race and three contests for City Council, St. Petersburg voters will