Menu
The Florida Election Commission ruled there is no probable cause to pursue to charge Scott Wagman with violating Florida election law requiring a political advertisiement to be marked with the appropriate disclaimer.

The ruling stems from a complaint I filed against Wagman’s campaign for failing to disclaim a series of Google Ad Words hyperlinks expressly advocating Wagman’s election. The case has drawn national media coverage as well as attention from Florida lawmakers interested in keeping the state’s election laws current with the latest technology.

In a six-page decision (lengthy by FEC standards), the staff of the Florida Election Commission details how Wagman engaged a local design firm to promote his candidacy through advertising on a range of websites and social networks. The question for Wagman’s campaign was how to disclaim the ads when the sites’ design capacity limited the candidate’s spacial options. Florida election law, apparently written before the full utilization of online advertising, does not address how to properly disclaim a candidate’s message online. As Wagman asserted: “Because Florida wasn’t specific about disclaimers appearing on hypertext lins, we looked to Federal regulations that specifically don’t require disclaimers on hypertext link.”

Still, the FEC did find that Wagman did expressly advocate his candidacy on the ads and that he did fail to appropriately mark the ads with disclaimers, but his actions in this case were not “willful” — the definition of which means that a person disregarded the requirements of Florida Statutes or was plainly indifferent to its requirements, by failing to make any reasonable effort to determine whether his or her acts were prohibited.

Actually, as much as I would like to see the case further pursued, the FEC got it right: Wagman’s actions did not show “reckless disregard.” I also have to admit that, at the time I filed these complaints, I was more interested in the political ramifications than the legal ones. This complaint and the series of articles it prompted disrupted Wagman’s campaign.

In it’s conclusion, the FEC opened the door for possible legislation by Florida lawmakers: “due to various technological advances and the increased use of electronic advertising in polittical campaigns, it is staff’s opnion that the Legislature should address this issue prior to charging a candidate with a willful violation…”

I guess that was my point all along. (The Florida Election Commission’s ruling can be found in its entirety after the jump.) 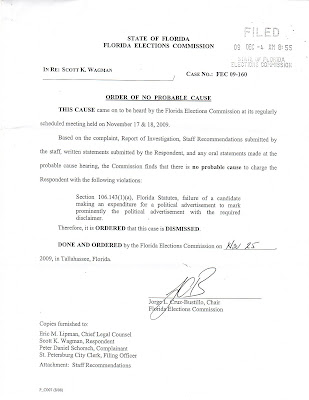 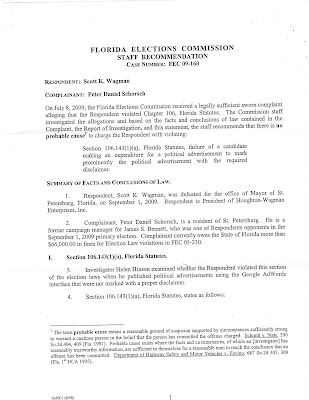 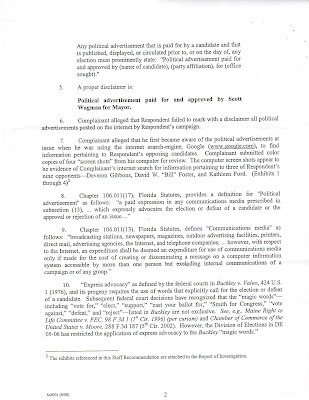 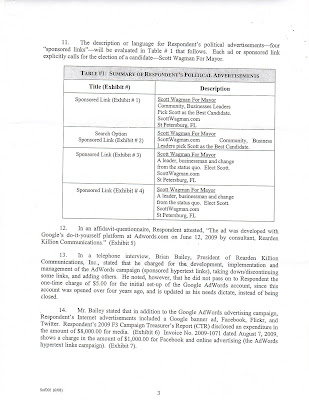 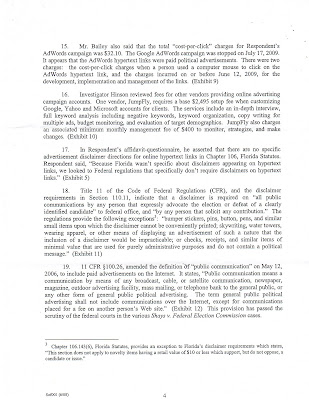 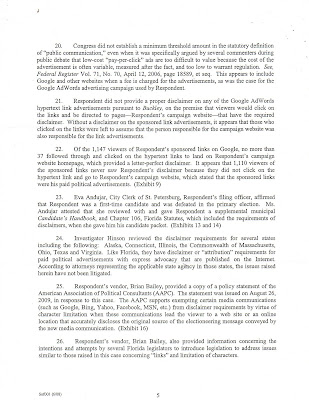 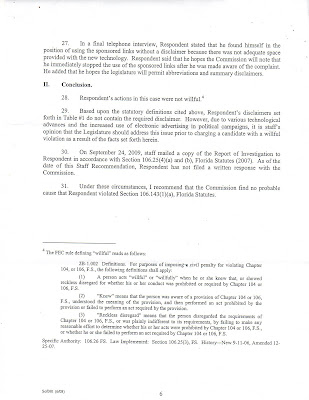 Sen. Marco Rubio says the next step in Syria should be to work with Sunni governments

After the budget compromise reached by Gov. Rick Scott, Senate

The Senate on Thursday confirmed Alex Acosta as Labor secretary,