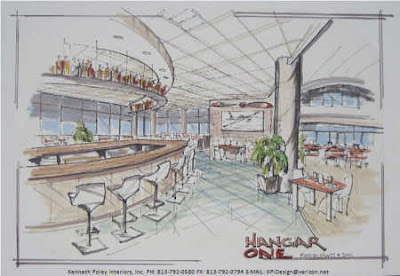 Albert Whitted Airport may finally get a new restaurant.

The city was reviewing proposals from two local restaurateurs to operate in the space on the terminal’s second floor. Now, however, one has said he will withdraw his bid.

Both Parkshore Grill owner Steve Westphal and the Undertow Beach Bar owner Paul Nicklaus submitted bids to rent the 5,000-square-foot space, which has sat empty since the terminal opened in 2007. Last week, however, Nicklaus said he had decided to withdraw. Officials plan to bring the issue to City Council in August.

Craft distillers got another win in legislation approved by Gov. Rick Scott on Friday. The governor signed into

Owners of small, independent liquor stores in central Florida are asking customers to support their efforts

Craft distillers got another win in legislation approved by Gov. Rick Scott

Owners of small, independent liquor stores in central Florida are