I’ve certainly done enough damage to Jamie Bennett’s campaign that I should probably never say another thing about him.

Naaahhh. Bennett’s just too easy a target. And with Alex Haak out of the mayoral race, I predict Jamie Bennett will pick up the slack in the guffaw department. My latest gripe about Bennett comes from listening to him at the most recent mayoral forums. It seems like he begins every statement with:

And on and on. Those poor steps have to be worn to the nub by now considering how often Jamie Bennett has Stood on the Steps of City Hall and announced that the Sky is Blue. 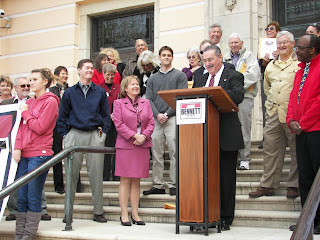 I knew when I began to work for Bennett that he was as much a cheerleader as he was a City Councilman. I just hoped he’d evolve into more of an executive. If you listen to Bennett, there are moments when his rhetoric soars, but there are other times, like when he belted out the word “retard” at a forum, when listening to him is all but cringeworthy.

What may be worse is his reliance on re-stating the problems we already know about. When Bennett’s asked about the rampant homelessness, he regurgitates a statistic on how many homeless people there are. We know there are a lot of homeless! That’s why we asked you the question.

And just when you think Bennett’s public speaking can’t make you any more uncomfortable, he hits a new low. At Tuesday’s mayoral forum at the Sunshine Center, Bennett pulled a Nikita Kruschev and 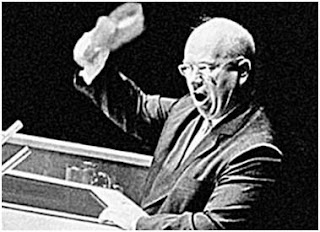 showed off the wear-and-tear in his shoes to prove how hard he works. Maybe he’s worn them out from Standing on the Steps of City Hall so much.

For those of you interested, here’s a shot of the Bennett’s billboard ad: 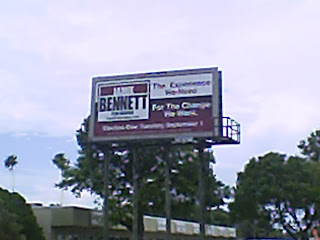