Menu
Alright, Charlie Crist, I’ve had it. You can cut taxes until the state goes broke. You can sign legislation that guts Florida’s growth management laws. You can run hard to the right, proclaiming you’re pro-gun and pro-life. Charlie, you can do all that and I will still like you. I’ll disagree with your politics and vote for the other guy, but we will still get along.

I am proud to say that I get my back waxed. As one of the first manscapers, I’ve been getting my back waxed for several years now. I’m no Khalid Sheikh Mohammed, but I definitely have some broccoli and cauliflower growing out back on the ranch. 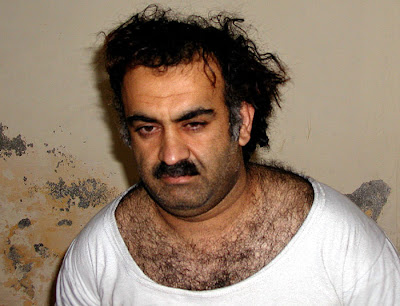 So, about once every four months, I head down to New York Nails for a clean-up. Trust me, it’s not pleasurable. It feels exactly like it sounds. Rrrrriiiiippppp. Multiplied by about fifty. Because that’s how many times the freightened, almost-invariably Asian-American stylist must apply hot wax to my back and then rip it off.

But the finished product is well worth it. My back is as smooth as a baby”s bottom. And the ladies lllooovvveee it. After all, why would I subject them to running their fingers through the salad bar that is my backside.

In fact, I can’t believe Crist’s Real Housewife of Tallahassee doesn’t make him go in for a cleaning. I guess they don’t offer back waxing at Carl the Barber’s (on a side note: about Carl the Barber’s, isn’t it a little odd that the Governor WHO LIVES IN TALLAHASSEE still gets his haircut from a barber shop IN ST. PETERSBURG, thereby pointing out AGAIN how often Crist is not hard at work in Tallahassee.

If Marco Rubio actually did go in for a waxing, I can’t blame him. That swarthy basterd is hairier than a shitzu. I don’t know about $133 for a back job, but that’s the price one must pay for beauty, especially in Miami.

Rubio is only the latest in a long line of towering political figures man enough to manscape. Julius Caesar would often have his entire body plucked and they named a dressing after him. JFK was said to have a stylist on staff dedicted to removing unwanted body hair. In fact, I am a little disappointed with Crist, who is of Greek origin, criticizing the practice of body waxing since it was in ancient Athens that male body waxing first became popular outside of the Middle East.

Charlie, manscapers deserve your support, not your scorn. Please consider walking BACK your comments on back waxing.