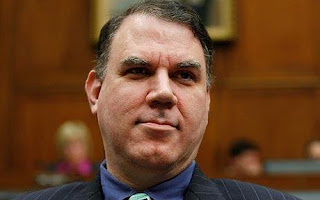 News of a Republican surge in 2010 has yet to reach GOP donors in Central Florida.

The area’s two freshman Democrats, U.S. Reps. Alan Grayson of Orlando and Suzanne Kosmas of New Smyrna Beach, far outpaced their Republican opponents in the final three months of 2009 and start the year with about $940,000 (Grayson) and $834,000 (Kosmas) in their campaign coffers.

The one exception is Grayson challenger Armando Gutierrez, a Republican transplant from South Florida who raised more than $200,000 and put $100,000 of his own money into the campaign. He finishes his first quarter with nearly $300,000, according to election reports made public today.

Grayson, however, capitalized on his newfound national publicity last fall — stemming from his comments that the Republican healthcare plan was for sick patients to “die quickly” — and raised more than $830,000 last quarter, with about $785,000 coming from individual donors.

Both freshman incumbents face crowded fields of Republican challengers. The next couple months will be crucial to see which GOP opponents can break away from the pack in the primary.

No reports were filed for state Rep. Kurt Kelly, R-Ocala, or businessman Bruce O’Donoghue. Both men entered the race against Grayson after the last quarter ended and won’t have to file campaign figures until spring. To read the rest of this post, please click here.

Today, Gov. Rick Scott made the following statement outlining the steps that are being taken to