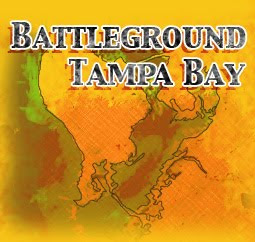 I’ll be blogging, and tweeting throughout the day with updates about the primary for the hotly contested special election in Florida House District 58.

Five candidates – three Democrats and two Republicans – are in a sprint to gain voters’ favor to represent the district, which covers West Tampa, Town ‘N Country, the West Shore business corridor and Seminole Heights. The seat opened when Rep. Michael Scionti, D-Tampa, said on Dec. 7 he was taking a job with the Obama administration.

2:45 p.m. – Hands-down, Gil Sanchez has the most beautiful political wife ever seen on the campaign trail. Also have to give him credit for most inventive political advertising of the campaign: 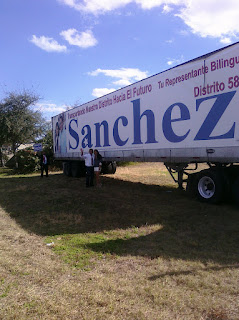 2:11 p.m. – Cruz consultant Vic DiMaio is worried about low turnout, but is confident his client will win tonight.

8:21 a.m. – Last-minute attack targets the rest of the Cruz family.

For more background on this race, please read:

Janet Zink’s (who has done a fantastic job covering Tampa politics) investigation: State House candidate has financial issues in her past, says she made good on debts

Mark Nash, a member of the Hillsborough County Democratic Executive Committee, has filed to run for

Mark Nash, a member of the Hillsborough County Democratic Executive

Tampa City Councilwoman Yolie Capin will not run for the