First of all, thank you for making this blog so worthwhile that, with this one, I will have written 1,000 posts worth of opinions, apologies, endorsements, gotchas, links, predictions, pleas for mercy, rants, screeds, etc., etc. They say the first 1,000 is always the hardest to write, just as the first million is always the most difficult to earn. So, hopefully, the next 1,000 will come sooner — and easier — than the first. Regardless, I really am grateful for every reader who takes the time to read my work.

As for the content of my 1,000th post, it’s actually going to be a very interesting one: I will be blogging and tweeting live from Glenn Beck’s appearances in Tampa on Saturday.

Glenn Beck is scheduled to be in Tampa for a book-signing from noon to 2 p.m. Saturday at the Borders Bookstore, 909 N Dale Mabry Highway. After that, he’s headed to The Villages for a book-signing and rally where he reportedly is going to make “an announcement about his plans for 2010,” according the local Facebook page promoting the appearances.

As Eric Deggans writes, this weekend:

Beck says he’s going to reveal details on The Plan — a future direction for his Fox News Channel show, which is now the third most-popular program on the most-watched cable TV news channel.

“Coming this January, my whole approach changes on this program,” said Beck in a clip from his Fox News Channel show widely circulated on the Internet. “Personal responsibility is dead in this country; it’s time that we got the little paddles — poof! — and bring the body back.”

Organizers in Tampa expect about 800 people to show for his stop there, as the host barrels between locations in a huge bus emblazoned with his logo — whipping through a tight schedule arranged by a team of planners with the precision of a political campaign. Store staffers have already been told there won’t be time to personalize his signatures or to talk with many people from the local press.

But his stop at The Villages may be different. The retirement community is a favorite for conservative politicians and authors — former Arkansas governor-turned Fox News host Mike Huckabee drew a crowd of about 1,000 Monday to sign copies of his book A Simple Christmas. Former Alaska gov. Sarah Palin drops by Tuesday to sign copies of her new book, Going Rogue. 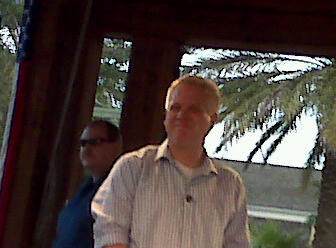 4:07 p.m. – Beck: “The Republicans and Democrats are lying to you about the debt of America.” 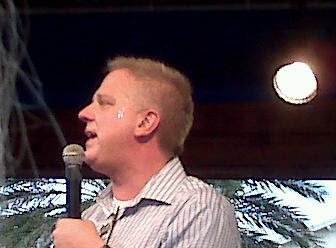 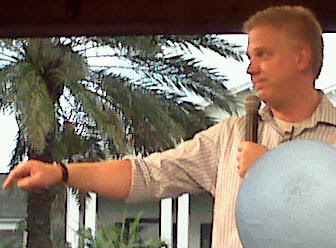 4:25 p.m. – Beck is essentially calling for the end of two-party system. 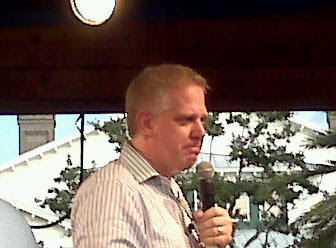 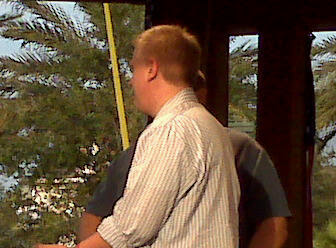 Picture of rally at The Villages. 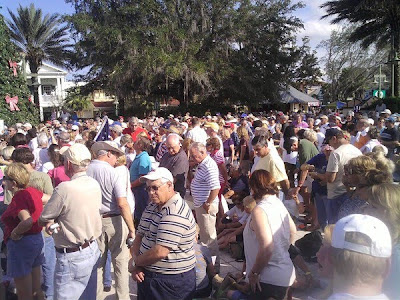 4:59 p.m. – Letter from Glenn Beck regarding The Plan is posted online:

“Today, I have stopped looking for a leader to show us the way out…”

“When we refuse to allow our children to receive a trophy for participation, we are on the road to restoring the meaning of merit in our Republic.” Update: 5:27 p.m. – Glenn Beck plans to deliver major address at the Lincoln Memorial on August 28, 2010 — the anniversary of MLK’s landmark “I have a Dream” speech.

Ocala Star Banner (hometown paper of where the rally took place) – Glenn Beck announces educational conventions during visit to The Villages: “If you want to be a politician, we’re going to teach you how to be a politician.” “You’re going to learn about history, finance, community organizing.”