Authorities say Thomas Coelho, a 40-year-old St. Petersburg ticket broker, has left behind a trail of legal and financial carnage in five states.

Coelho was arrested Thursday on a charge of scheming to defraud, accused of agreeing to sell $115,000 worth of Super Bowl XLIII tickets for a Tampa woman. 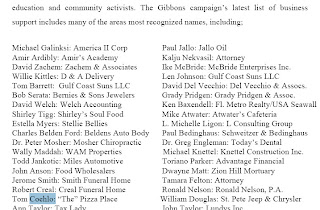 In fact, Coehlo was such a close supporter of Gibbons, the con man hosted an event for Gibbons’ campaign on March 31st at his restaurant. 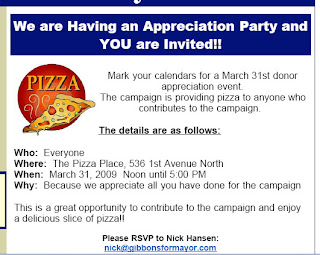 What else is there to say other than Gibbons’ campaign manager Nick Hansen sure is a good judge of character.

Dr. Tonjua Williams will become the next president of St. Petersburg College, in a unanimous vote