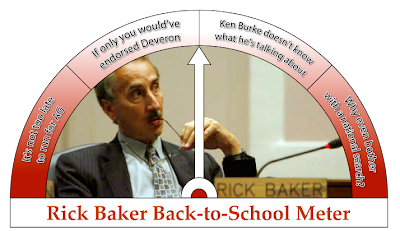 Baker, who has a little more than a month left in his second and final term, has been working until 1 a.m. some nights on his application for (St. Petersburg College’s) top job, he said this week.

He’s also seeking out the help of friends and colleagues, who have begun a letter-writing campaign to support his candidacy.

Baker, who said supporters came forward as they heard about his prospective candidacy, has even asked a political consultant to help coordinate the letters.

Nick Hansen, who was campaign manager for mayoral candidate Deveron Gibbons, has been collecting and organizing the letters. 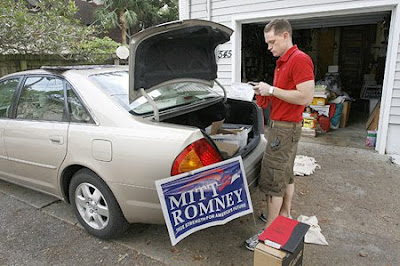 After Hansen’s first rabbi, Angelo Cappelli, went to the can for fraud, the Pasty One went to work for Mitt Romney’s local efforts, which ended with this disastrous straw ballot win, which Romney paid for in order to finish ahead of Ron Paul.

A year later, Hansen went to work for his friend Deveron Gibbons, who served as treasurer for Cappelli’s disastrous campaign (during which Hansen actually pimped his own mother in a direct mail-piece for Cappelli).

Hansen’s work for Gibbons should be reason enough not to hire him again. In fact, it’s hard to think of a campaign which ended up being a bigger disappointment than Gibbons’ (no, not Scott Wagman’s because Gibbons had a built-in constituency). Yet, somehow, Bill Foster, maybe seeing in Nick Hansen a certain pasty resemblance, ended up hiring Hansen to help organize his campaign’s GOTV community in the black community.

It is with this curriculum vitae in hand that Hansen was hired by Baker to organize a letter-writing campaign. Except, Hansen, not exactly the most media savvy of operatives, allowed the story to spill over into the newspaper, making Baker look something he has never looked like before: desperate.

In fact, the real story behind Baker’s letter-writing campaign may involve a city administrator e-mailing donors to the “Mayor’s Mentors & More” program, asking them to write letters on behalf of the Mayor.

I was alerted to this situation on Wednesday and put in a public information request for all of this city staffer’s recent e-mails. I will update you if anything turns up. In the meantime, I am downgrading the Rick Baker Back-to-School Meter to reflect his poor decision of hiring Nick Hansen.