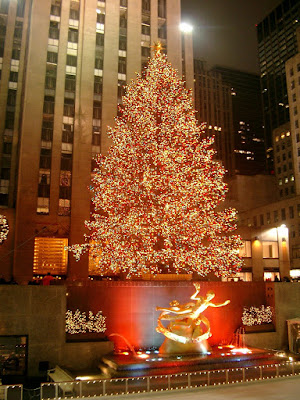 New York City will be rocking tonight at the Rockefeller Center. The Radio City Rockettes, Alicia Keys, Michael Buble, Shakira, Aretha Franklin, Barry Manilow, and host Jane Krakowski and Zachary Levi, will be on hand to help ring in the holiday season at the annual 2009 Rockefeller Center Tree Lighting Ceremony.

For decades, Donald Trump‘s identity was interwoven with his hometown of New York City: big, brash

Buses, streetcars and private vehicles in Tampa will soon be able to talk to each other.

The FBI has been reviewing the handling of thousands of

For decades, Donald Trump‘s identity was interwoven with his hometown