Menu
Hopefully not lost in the chaos of yesterday’s fight at City Hall over the City Council’s decision to vacate the sidewalk in front of BayWalk is the fact that this incident was clearly mishandled by the St. Petersburg Police. Look at the videos (here and here) frame-by-frame and yjudge for yourself:

The first sign of trouble is right after the vote when opponents of the plan begin standing up – some even approaching the dias – while yelling at the City Council. The security officers on the scene should have responded immediately after Jeff Danner asked for order but was ignored. Ron Deaton, pictured here in red shirt, crosses in front of Fred Dudley, who is seated in the front row. 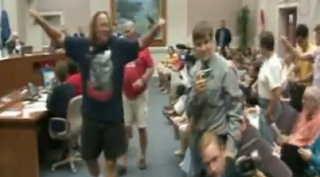 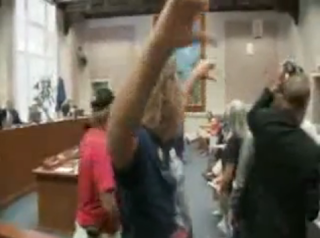 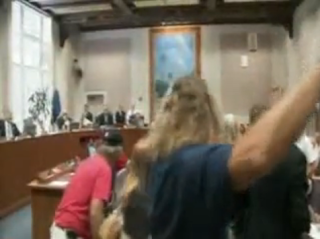 Responding to Deaton’s, um, rhetorical question, Dudley immediately moves toward Deaton, who, in turn, does not take one step toward Dudley. Dudley is clearly the aggressor. 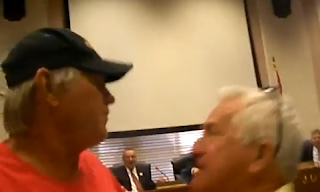 It’s difficult to make out, but in this picture Deaton still has not made a move towards Dudley, who can be seen wrapping his arms around the front and back of Deaton’s neck. 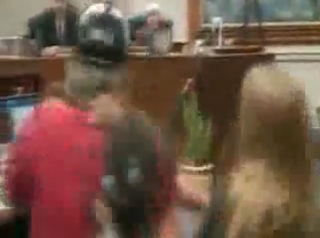 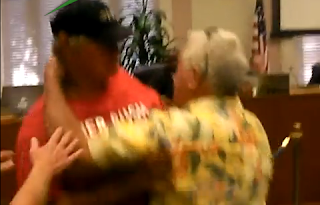 The younger, taller Deaton now takes defensive steps, grabbing ahold of Dudley to throw him to the ground. 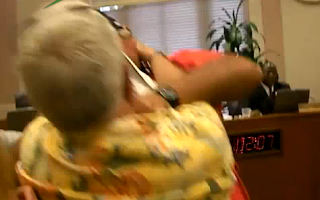 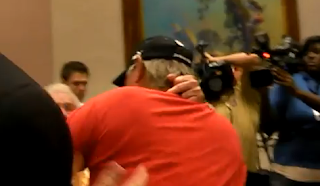 As Deaton and Dudley fall to the ground, a security officer is only now beginning to intercede (I guess she was protecting the news cameras). 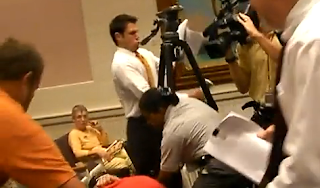 The men are separated by the officer (?) in the blazer, while a second officer in uniform assists in forcibly restraining Deaton and a third officer moves into assist. The security officer stands idly by. One of the officers responds to the crowd, which is pleading for the officers to be easy with the 64-year old Deaton, by yelling, “…but he could fight…” 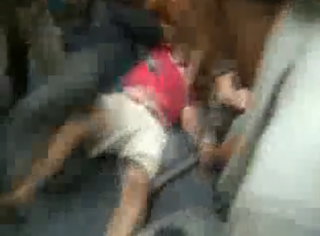 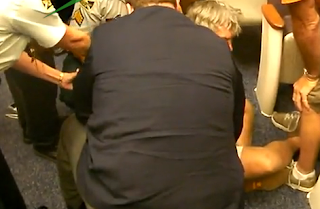 At the same time Deaton is being cuffed by the SPPD, Fred Dudley, the original aggressor gets a couple of helping hands. 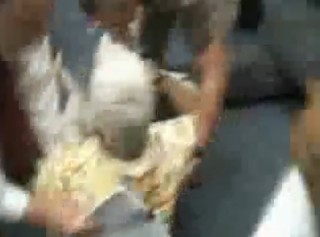 Dudley is shown here and in the video, standing up within range of Deaton, but none of the officers seem to care. In fact, a female officer at the scene, who was reported to have been cut in the fracas, is shown checking with Dudley to see if he is alright. 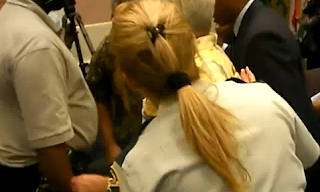 So while Deaton is being restrained and handcuffed, Dudley, the loud-mouthed, original aggressor is about to be embraced… 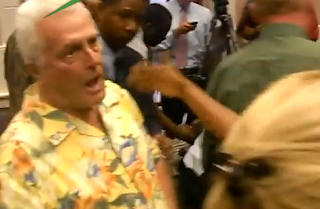 …while five cops hover over the man who was clearly the victim. 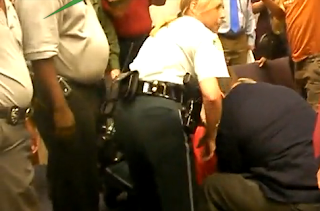