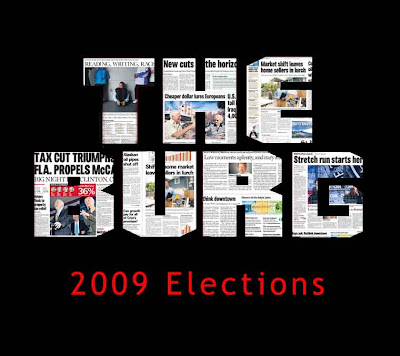 If you are a fan of the best television show ever produced, you’ll know where we came up with the idea for this graphic. (Thanks to Kathryn at Sonata Graphics for the great design work.) I wanted a theme for the coverage this blog intends to provide for next year’s city elections. Because I intend to cover the hell out of this race, which is probably the most important in this city’s modern history. Already, the cast of characters expected to run to replace Rick Baker are moving on to stage. And I’ve either worked with or against some of them: Deveron, Jamie, Kathleen, Larry, while some new faces, such as Scott Wagman are ready to make thier debut. At this point, I am remaining neutral, although, as I asked a few colleagues today: could any of these candidates have beaten Rick Baker when he first ran? The answer was a resounding ‘No’, so I am not sure that the eventual winner has yet to come forward (please Ken reconsider). Nevertheless, it promises to be an exciting election season in 2009 with a competitive mayoral race and some interesting situations for the city council. Along with the municipal races in Pinellas’ other cities, 2009 promises to keep political junkies from coming down too hard after the excitement of this year.

And on a side note: don’t even try to tell me that The Wire is not the best show of all time, even better than my beloved West Wing. Just to quantify it, if that’s even possible, the fourth season of The Wire, perhaps the greatest media production of the last 25 years, tops the Sopranos according to metacritic.com, a composite of all published criticism.