2:03 p.m. – According to reports to be filed with FEC by Bright House Networks, just over $80,000 was spent on political TV advertising by all candidates in the St. Petersburg Municipal Elections.

1:30 p.m. – Johnny Bardine on Jim Kennedy’s win: “When I first met with Jim, it was obvious that he was earnest, hardworking, thoughtful. He deserved to stay on city council but wasn’t sure how to run a campaign. Nick Denmon and I sat in his office that day and promised we would win. And we did it the old-fashioned way: we used Jim’s message of experience, community involvement, and fiscal responsibility and we got it out to as many voters as possible. We employed an aggressive and highly-targeted mail strategy and rolled out a steady stream of endorsements from respected civic leaders. We tapped into Jim’s extensive network of friends and supporters and called more than 10,000 voters in the last two weeks. Nick and I helped win a presidential election a year ago today and so we knew the playbook and Jim trusted us. Jim worked hard, was disciplined, and was right on the issues. I was proud to help win this race.”

12:46 p.m. – Darden Rice on Karl Nurse’s win: “Karl Nurse won because he has been an astute and effective leader since appointed a year and a half ago. It was our job to get that message out about his service to the district and his many accomplishments. We also had to convince skeptics that Karl is just as able a representative of a diverse district as anyone, and to do that we had to reach out vigorously and not just rest on his civic and city council resume. We also wanted to emotionally communicate his love for the job and his enjoyment of public service. He really does love this work and people needed to know that. We did put our shoulder to the wheel in the last three weeks to help win with a wider margin. We did this in part because we did not know who the next mayor would be. A high percentage victory would help Karl carry on his work on his trademark issues with more cooperation and greater profile.” 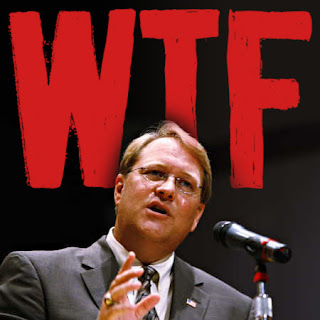 9:15 a.m. – Mitch Perry writes: “Foster was extremely humble in victory, praising Ford for running a strong campaign against him, and calling her a friend, saying, ‘I’m still crazy about her. And I need her.’”

8:34 p.m. – David DeCamp writes that Pinellas SOE Deborah Clark says voting went off without a hitch. “We had a great election,” Clark said shortly after 8 p.m. as the canvassing board reviewed final returns. “I wish we had more voters, but administratively, we had a great election.”