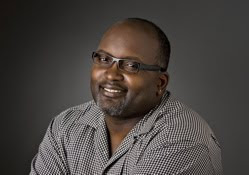 In basketball, there are players so talented that they can win games without ever touching the ball. Coaches sometimes have a difficult time finding a place for them on the court, yet when they are in the game, they so clearly make everyone else around them better that it is foolish to keep them on the bench. Shane Battier, the mercurial forward on the Houston Rockets, is this kind of player, so much so that he was featured in this must-read New York Times article, “The No-Stats All-Star.”

Deggans is the No-Stats All-Star of the St. Petersburg Times. He’s not Howard Troxler, the well-known columnist who probably invented snark long before any blogger ever did, nor is he Adam Smith, uber-blogger and political editor capable of kneecapping an elected official with a single column. Nor is Deggans part of the PolitiFact team or a City Hall reporter or an op-ed writer. Rarely do the power brokers of Tampa Bay say to each other, “Have you read Deggans today?”

In other words, Deggans does not lead the league in any statistical categories. What he does is write excellent, cosmopolitan articles and blog posts on media and pop culture. What he writes doesn’t really fit it any of the newspaper’s traditional categories, yet his thoughts on modern life are as illuminating as anything the Times has to offer. I almost think Deggans is enjoyed most by Times readers who depend on the paper for local news, but rely on other, more important sources for national news.

At one point, Eric Deggans was a member of the editorial board, but that gig just didn’t work out for him. I think it was an issue of trying to force a square peg into a round hole. I don’t think he wanted to be limited by what others wanted for him. If this refers to Deggans’ race, so be it, because if there is any public face of the Times who best embodies the idea of a post-racial society, I think Eric Deggans, the black guy who loves science-fiction as much as any pasty white kid.

I recently had a conversation with Eric about my controversial post about who really is the HNIC of St. Petersburg. To be sure, Eric was not a big fan of the piece, which I found interesting since I had received such favorable reaction from some of the other African-Americans I profiled. Regardless of his view about my work, I found Eric to be as interesting and engaging in person as his columns are to read.

So, without further ado, please let me wish Eric Deggans a belated happy birthday, which he celebrated on Friday. I hope he continues to offer his readers the gift of his published thought for many years to come.

The hour is getting late for Rick Kriseman.  Even though the primary election won’t be decided

Hillsborough County businessman Aakash Patel raised more than $51,000 (although that figure includes a $20,000 loan) in

The hour is getting late for Rick Kriseman.  Even though