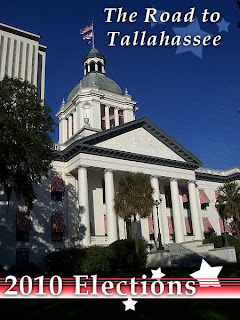 The Florida Chamber of Commerce’s CCE has endorsed Republican Jack Latvala’s campaign for the state Senate in the District 16 in 2010. In an e-mail this morning, the chamber’s political committee called him “the pro-business candidate” in the Pinellas-Hillsborough district.

“I am confident that Jack Latvala will be a strong voice for Florida businesses. I urge you to personally support Jack and to do whatever you can to assist him with his campaign for the State Senate so that he may effectively advocate on behalf of Florida businesses,” said Doug Wheeler, chamber vice president
grassroots advocacy & PAC development, in the e-mail.

The other announced candidate is Democrat Nina Hayden, a Pinellas School Board member.