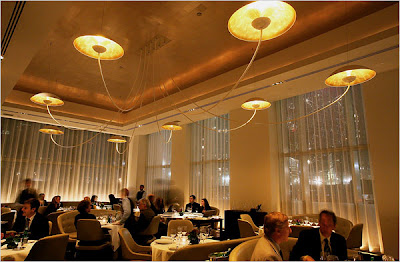 The annual awards presentation was held at Avery Fisher Hall at Lincoln Center.

The rising star chef of the year award went to Nate Appleman of A16 in San Francisco, the only chef or restaurant outside of New York to win a national award.

Momofuku Ko, the sister restaurant of Momfuku Noodle Bar (my fave place in NYC) in the East Village was named best new restaurant.

Champagne for breakfast? The Michelin guide for 2010 has awarded Daniel Boulud’s Restaurant Daniel a third

From the Mouth of Tampa Bay: Big news, eaters! A while back I wrote about Dan

Champagne for breakfast? The Michelin guide for 2010 has awarded

I had heard a lot of bad things about MJ’s