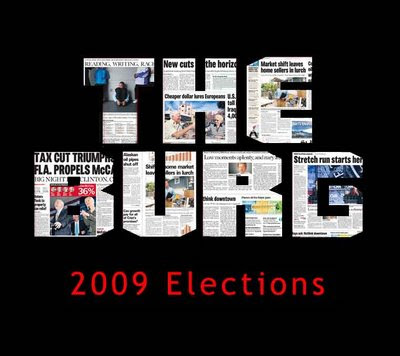 The Kentucky Derby on Saturday was a disappointment to chalk gamblers everywhere, but a reminder to the rest of us that long shots do, in fact, win. The horse that won Derby was a 56-1 underdog. In fact, the owner had paid only $9,500 in a market that usually runs to six figures.

In other words, Paul Congemi won the Kentucky Derby. Oh, and by the way, the morning line favorite finished 19 out of 20, which reinforces the point that in a large, wide-open field anything can happen and it usually does. Same rules for horse racing probably apply to a mayoral race with nine candidates in it.

That said, for this week’s column, in honor of the Derby, I’ll throw out some odds. Except this is for the primary, so what you are betting is a quinella (the bettor must pick the two horses that finish first and second, but need not specify which will finish first). If you had $2 to bet on a quinella, in which all you had to do was pick two candidates who were going to make the run-off, here’s the line:

Foster 5-1 Conservative bid that has yet to bolt from the gate.

Ford 8-1 Filly with a mean streak could spank the field.

Gibbons 10-1 $$$ invested into this horse, just no experience on the turf.

Wagman 12-1 Great bloodlines and good trainers have this horse primed.

Russ 100-1 If the other six are disqualified, she’s the frontrunner.

Congemi 1000-1 Will dedicate the winning purse to the homeless.

Unlike the rest of the St. Petersburg City Council, Steve Kornell remained neutral in the mayoral

When polls close at 7 p.m. in St. Petersburg’s mayoral primary, the question is not who received

Unlike the rest of the St. Petersburg City Council, Steve

When polls close at 7 p.m. in St. Petersburg’s mayoral