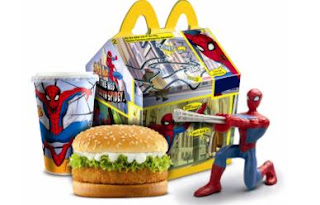 Before I explain why, let me be clear, Yvonne Maafu is not an angel. She’s got a criminal record. She’s been to jail before. She very well may end up in jail again.

But there’s no excuse for what’s happened to her over the last two weeks.

On January 10, Maafu was arrested by the Largo Police at her home for retail theft. She was booked into Pinellas County Jail and posted a cash bond later that day.

Why was she arrested? Because her children took $12.84 worth of Happy Meal toys from the McDonalds at 1250 W. Bay Drive in Largo. The police report reads:

The defendant’s children told her they wanted the toys that were inside a plastic display case. The defendant opened the case and removed the toys, gave them to her cildren and left. When approached by an employee, the defendant refused to give back the toys and was unable to pay for the toys.

Even if that was the whole story — and if you talk to Maafu’s lawyer David Schauer you’ll hear a completely different account — should someone go to jail because her children took a couple of extra Happy Meal toys?

I’m sure the least forgiving of us believe Yvonne Maafu belonged in jail. But did she belong in jail for 12 days?

Because that’s how long she was in jail since her arrest on January 10. As it turns out, Maafu was already out on bond for a previous shoplifting charge (don’t jump to conclusions, Maafu had not been arrested for anything else since a DUI several years ago). Maafu’s bond was revoked on January 13 because of her role in the Great Happy Meal Caper of 2010. Only today did she finally appear before a judge, who, according to Schauer, was mystified as to why Maafu was still in jail, ordered Maafu released on her own recognizance. A factor n the judge’s decision was the fact that Maafu’s mother-in-law died while Maafu was still in jail and that the woman’s final viewing was scheduled for Friday afternoon.

The criminal justice system does not move swiftly. Maafu was released at 7:45 p.m. on Friday night. Unfortunately, she missed the viewing. All because of $12 in Happy Meal toys. Maafu’s arrest report can be found after the jump. 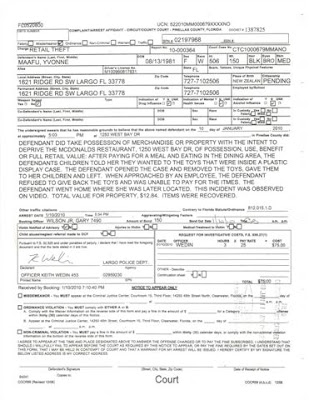 (UPDATED) Labor Day 2017 got off to an early start in Tampa, with more than 120 activists

(UPDATED) Labor Day 2017 got off to an early start

A pair of City of Largo court petitions raise questions